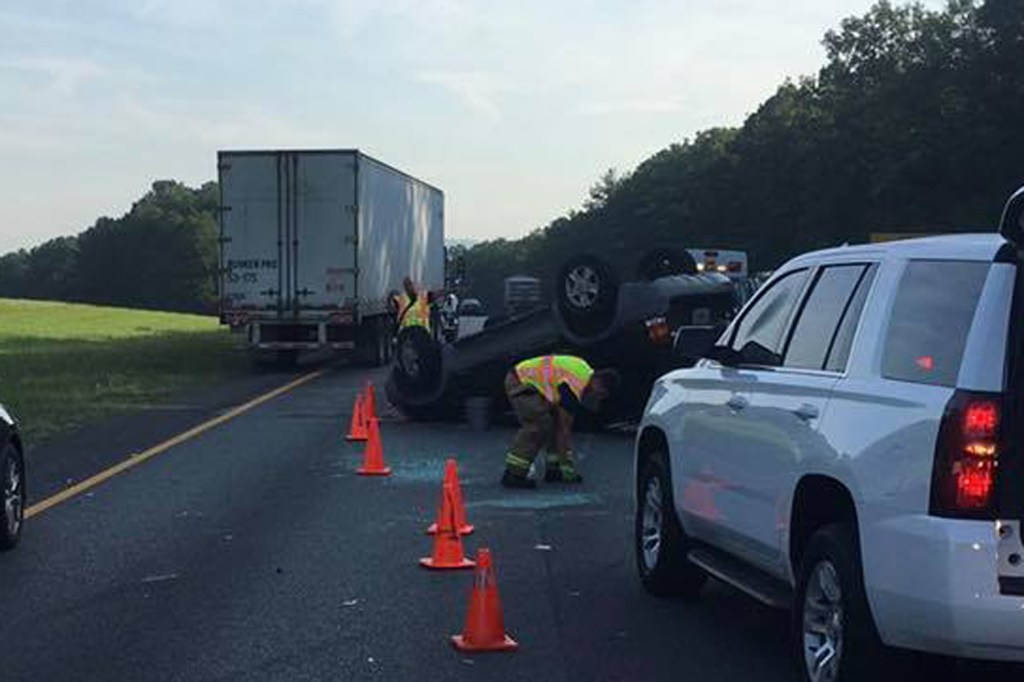 APD officers direct traffic after a three-vehicle wreck shut down the right lane of I-65 Northbound on Aug. 23. (Contributed)

ALABASTER – Troopers from the Alabama Law Enforcement Agency responded to a wreck in the northbound lanes of Interstate 65 near mile marker 239 in Alabaster on the morning of Wednesday, Aug. 23.

According to Daniel, the accident was caused by one vehicle hitting the bumper of the second vehicle, which overturned and hit a third vehicle.

Daniel said no injuries or deaths were reported from the accident, which is rare in a situation involving an overturned vehicle.

“We’re thankful that there were no injuries, even though a vehicle overturned,” Daniel said.

According to the Alabaster Police Department, the right lane of I-65 was closed, and APD officers directed traffic through the left lane. Both lanes are currently open.