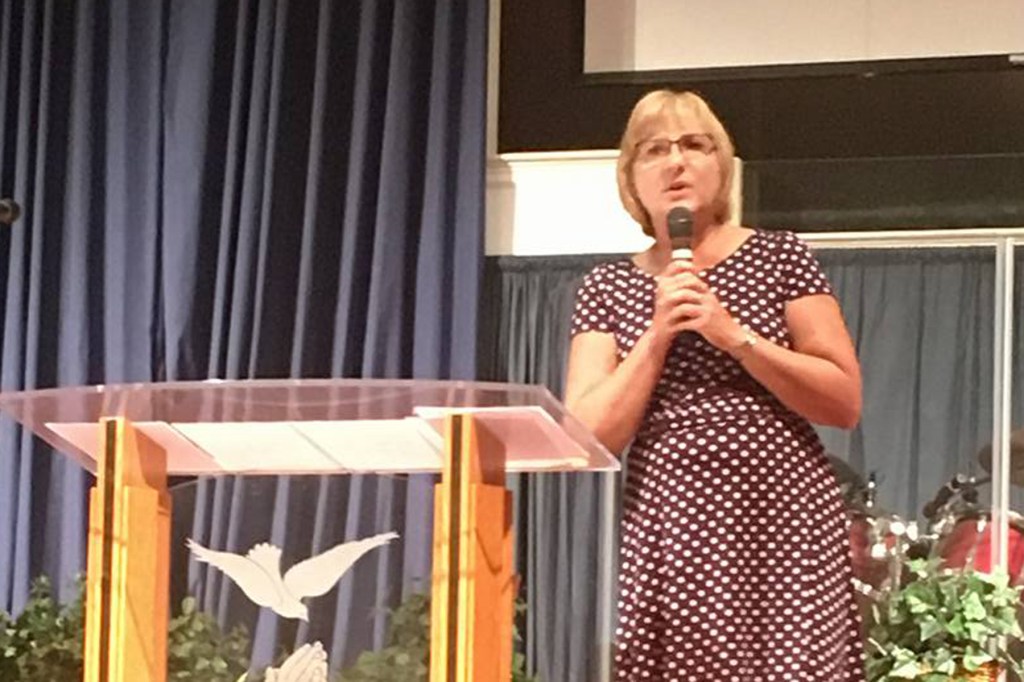 COLUMBIANA – Cornerstone Christian School faculty, students, parents and alumni celebrated the school’s 20th anniversary at Charger Day on Sunday, Aug. 20. During Charger Day, a special sermon was held at the school’s host church, Bethel Baptist Church, where students and faculty spoke about the positive impact CCS had made on their lives.

“They were amazing. They were grateful that the church stepped out on faith to establish this school,” CCS Director Margaret Pickett said.

“Those former students are very supportive of the school,” Bethel Baptist Church Pastor Hal Warren added. “I’ve heard it said many times, ‘Once a Charger, always a Charger.’”

Pickett, who first became a CCS faculty member during the school’s third year, said the school has come a long way since it first opened its doors in 1997.

Pickett said the school started off with about 75 students from kindergarten through the eighth grade, and an additional grade was added each year until 2001, when the original CCS students reached their senior year.

“We kept adding a grade for those kids,” Pickett said.

CCS Cafeteria Director Cherie Atchison, who was a Bethel Baptist member when the school was first built, said former pastor Allen Dennis first came up with the idea in the mid-‘90s.

“He lived in the pastorium and he had a view from his window to the pasture (where the school now stands). He had a vision for a Christian school,” Atchison said. “There wasn’t another Christian school besides Briarwood, and he knew that not many people could afford that. He wanted an affordable Christian school in this area.”

According to Pickett and Warren, Bethel Baptist and CCS had to overcome many obstacles to establish the school and keep it running.

“Cornerstone should not have made it,” Warren said. “They had to meet state and local regulations, and I can’t imagine that was easy.”

“We struggled financially in the early years,” Pickett said.

Atchison said she believes there is a spiritual reason why CCS continues to thrive.

“This school has been touched by the Lord,” Atchison said. “It is so neat to watch the ministry work through these children.”

For the 2017-2018 academic year, Pickett said the school has 185 students enrolled in kindergarten through the 12th grade.

“We have children of the original students. I have teachers who graduated from the school and now their kids go here. They’re like my grandchildren,” Pickett said.

While this is the first church he’s pastored that has a school, Warren said he is enjoying his time at Bethel Baptist and looks forward to seeing how CCS grows in the future.

“When the time comes and I retire, Cornerstone will still be here,” Warren said. “We have the same kids here that the public schools have. They deal with the same problems and they don’t wear halos over their heads. The Lord brings the students that he wants to be here. This is my first time to be in this situation, and it’s fun.”