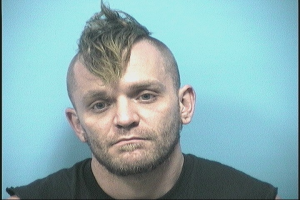 During Hodges’s arrest, Hammac said officers discovered that he was in possession of methamphetamine and a grinder for “processing a controlled substance.”

According to Hammac, the total street value of the drugs seized from Hodges likely totaled less than $500. While the SCDETF did not seize a large amount of drugs from Hodges, Hammac said he and other SCDETF officers are passionate about stopping the sale of any amount of drugs.

“As far as drug dealers are concerned, we don’t care if you’re a small time dealer or a big time dealer. We’re going to treat you like a drug dealer,” Hammac said. “There is a difference between an addict and a dealer. I show no sympathy for those who prey on those addictions.”

Unlawful distribution of a controlled substance is a Class B felony. Hodges could face up to 20 years in prison and a maximum fine of $30,000 if he is convicted.

Hodges was held at the Shelby County Jail, until he was released on bonds totaling $26,000 on Aug. 26.