Helena falls in jamboree against defending 6A state champs 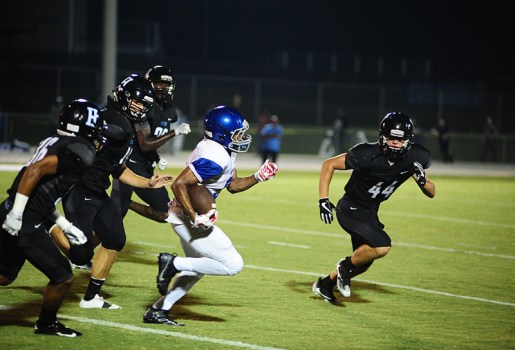 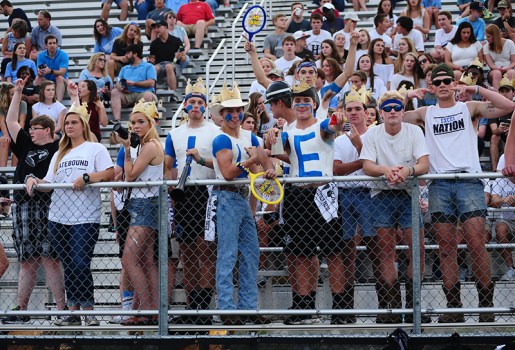 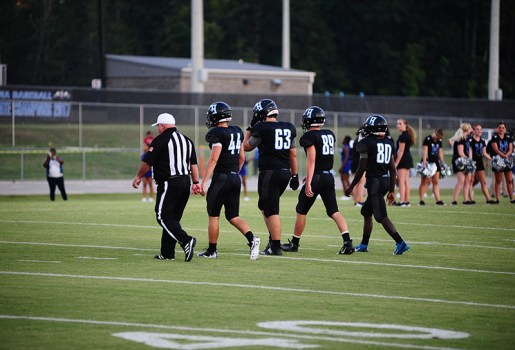 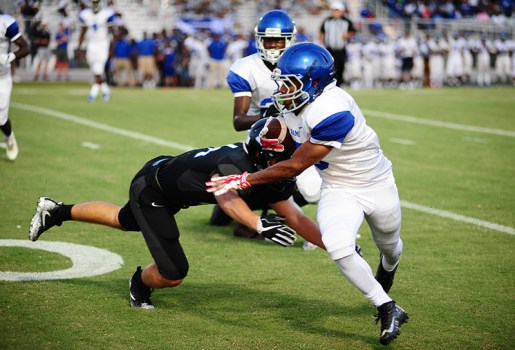 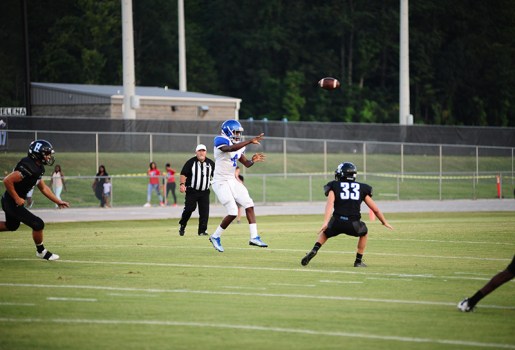 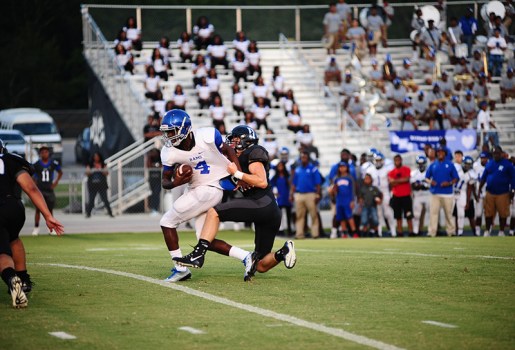 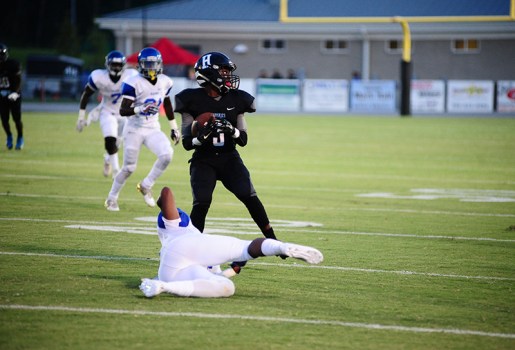 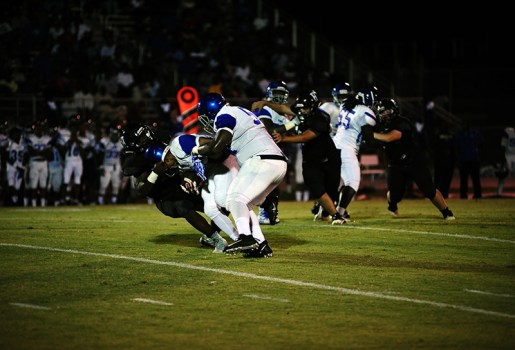 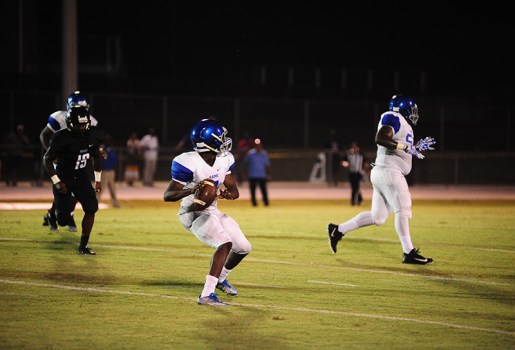 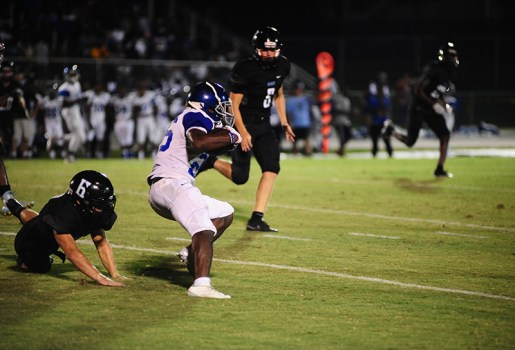 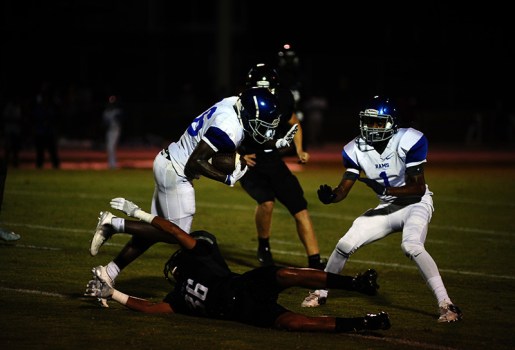 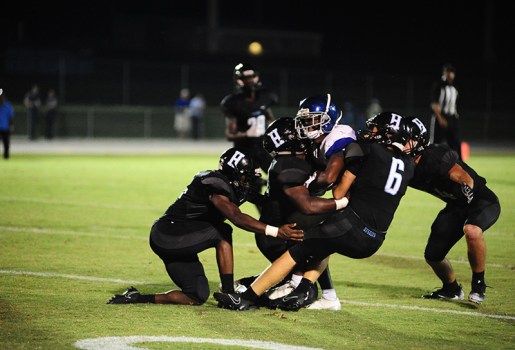 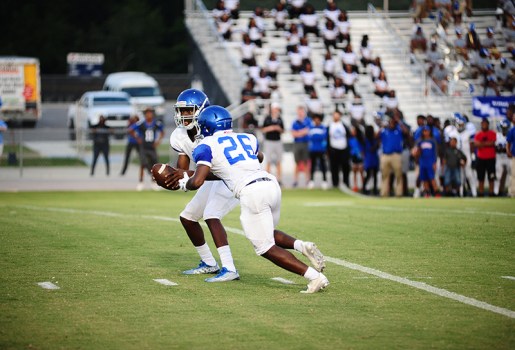 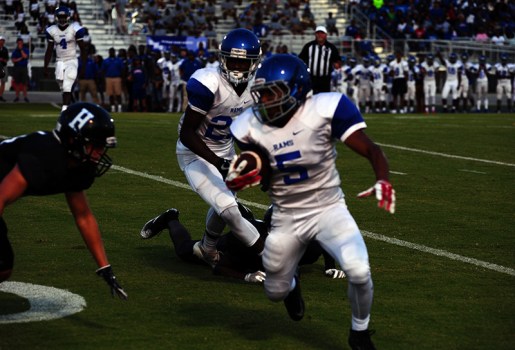 HELENA–There was good, bad and ugly for both teams as Ramsay defeated Helena 27-14 on Friday, Aug. 25, in a jamboree game at Husky Stadium that served as a tune up before embarking on a new season.

Both teams committed its fair share of penalties as is expected in a jamboree game, but it was Ramsay who made a few more plays especially in the passing game.

On Ramsay’s opening drive of the game, it seemed as though Helena would make a big stop in the red zone after two key stops by Nathan Dunaway and Jonathan Williams on Rams quarterback Isaiah Bradford to make it fourth down and goal for Ramsay at Helena’s 20-yard line.

However, Bradford threw a perfect 20-yard touchdown pass to wide receiver Terrell Gardner to give the Rams an early 6-0 lead after the extra point was blocked.

Helena was forced to punt on its first offensive possession of the game but a nice punt pinned Ramsay down at its own 1-yard line.

The bad field position wouldn’t matter as the Rams moved the ball to their own 20-yard line when Bradford made another tremendous play with his arm.

Bradford unloaded a perfect deep ball to wide receiver Starling Thomas along the sideline for an 80-yard touchdown pass to cap off a 99-yard scoring drive as the Rams took a 14-0 lead after a successful 2-point conversion.

“Yeah I thought we swarmed the ball really well and we had a couple of breakdowns, well I say breakdowns but that’s just a great athlete who made a great play and that’s what great athletes do,” Helena head coach Watt Parker said of Bradford after the game.

Helena would trail 14-0 at halftime as both teams planned to play its starters for at least one more series in the second half.

The Huskies received the ball to open the second half and made the most of it.

After getting dinged up in the first half, Helena starting quarterback Lawson Peoples came out and led a successful 13-play 76-yard drive capped off with a 1-yard touchdown pass to running back Matthew Williams to make it 14-7. Wide receiver Dionte Tolbert also had some key catches on the drive.

Helena hung tough and kept it a 7-point game heading to the final quarter but the Rams quickly regained the momentum.

Ramsay running back Iverson Gandy took a handoff up the middle and bounced to the outside to rip off a 62-yard touchdown run to put the Rams back on top 20-7.

Later in the quarter, Rams backup quarterback Omar Young also showed off a nice play with his arm by throwing a 45-yard touchdown pass to Jaquel Fells to make it 27-7 Ramsay with 7 minutes left in the game.

Helena didn’t give up as backup quarterback Luke Stamba got a chance to show what he could do leading the offense.

With both his arm and legs, Stamba helped lead an impressive 8-play 74-yard drive capped off with a 4-yard touchdown run by running back Ralph Holsey that resulted in the eventual 27-14 final score.

Parker was pleased by the way both quarterbacks led the offense when they got the chance.

“Lawson has had a wonderful preseason and he’s done a really good job stepping in as a senior quarterback for us this year,” Parker said. “In fact our whole team has really been growing through July and in preseason camp we’ve really challenged them as a group to pull together. Then Luke is just right there, he’s a tenth grader but he’s a baller and he’s just a great competitor. We feel like we’ve got two very capable quarterbacks.”

Even though the Huskies fell by a few touchdowns, Parker thinks his team benefits in the long run by playing top competition.

“The thing we know is, we’re going to be a 7A school eventually so we’re really just working toward that goal of being in 7A,” Parker said. “We believe that you play great people and great teams. You’re not going to find a more quality character in the state than coach Nelson at Ramsay. He really expects greatness out of kids and demands character and that’s the program we desire to play. Teams that are going to be great people and great teams that will battle you tooth and nail for the entire game. Playing a team of that quality really helps us.”