After Mae Jemison kicked the eventual game-winning, 23-yard field goal with four minutes to play, Calera had a fourth-down pass inside the 10, but it was dropped, giving the ball back to the Jaguars with a 1:30 to play.

“Maybe this is a wakeup call for us,” said Andrew Zow, Calera head coach. “ We had some good looking moments at times but fundamentally we have some work to do, and I think that goes back to coaching.”

Mae Jemison took an early 6-0 lead, but Calera evened the score, 6-6, on a 20-yard touchdown run by Dee Mickens with 5:57 to play in the first quarter. The Eagles made it 13-6 with a 2-yard touchdown pass from Quad Brown to Tyler Ray – the first of three in the game – and a successful extra point.

Dyson Edwards, who led the Eagles with five solo tackles and seven assists, stripped the ball away from Mae Jemison’s quarterback in the second quarter and returned the fumble 85 yards to the Jaguars’ 6 yard line. The play set up a 6-yard TD pass from Brown to Ray and a 19-6 lead. Mae Jemison responded with a 23-yard touchdown pass and extra point to pull within six points, 19-13, before halftime.

Ray finished the night as Brown’s top target with 42 yards on six catches, while Brown completed 14-of-26 passes for 146 yards, three TDs and two interceptions.

The Jaguars attacked with their run game all night, collecting 314 yards on the ground, including a 37-yard touchdown run with 9:49 to play in the game to pull with a point, 27-26. The potential game-tying extra point kick was missed. Calera and Mae Jemison each missed a pair of extra points in the game.

Zow said the team’s youth showed at times, with first-year starters on both sides of the ball.

“This team is very talented. We have some good guys in a few spots, but we’re also young … We’re going to take our bumps and bruises at a times,” Zow said. 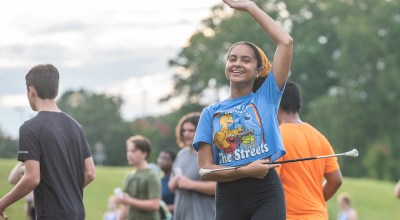 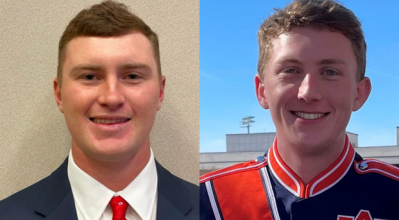