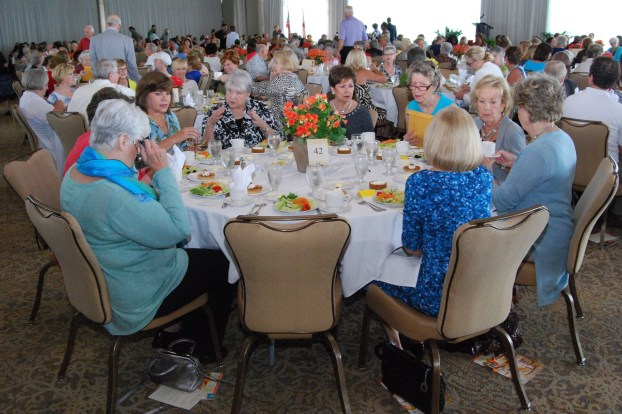 Oak Mountain Missions’s annual Harvest of Hope luncheon is set for Sept. 10 at The Club in Birmingham. (File)

Harvest of Hope to raise funds for local nonprofit

Cooper said the event will begin with a silent auction. The luncheon will be kicked off with Shelby County Commissioner Mike Vest as the event’s keynote speaker, followed by the testimony of Oak Mountain Missions client Howard Davis.

“The money will go to the general support of our mission, buying food, financial assistance for the families that reach out to us and general operating expenses,” Cooper said.

In the past, Cooper said Harvest of Hope has garnered a sizeable turnout and said he anticipates that this year’s event will be no different.

“We usually have over 500 people every year,” Cooper said.

Oak Mountain Missions Auxiliary President and volunteer Paula Campbell said the event attracts so many people because of the good cause it supports.

“We’ve been very successful in getting men and women to come here, and they know where the money is going to ” Campbell said.

According to Campbell, entry to the luncheon costs $30, and additional donations are encouraged. The deadline to RSVP is around Monday, Sept. 4. Campbell said those who are unable to attend the event are still welcome to send donations.

“Most people are very, very generous,” Campbell said. “They know where their donations are going.”

For more information about Oak Mountain Missions or Harvest of Hope, visit Oakmtnmissions.com.

By NEAL WAGNER / Managing Editor ALABASTER – Those looking to improve their fitness while helping to provide food... read more