Stantrell Tyroine Whitfield, 33, who lists an address on Carl Nichols Drive, was arrested by the Pelham Police Department on Friday, Aug. 25. 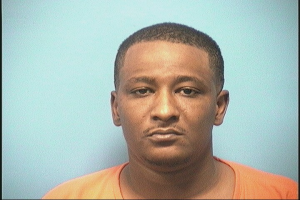 According to court documents, Whitfield’s third-degree burglary charge stemmed from an incident in July where he allegedly “knowingly entered or remained unlawfully in an unoccupied building,” with the intention to commit theft of property. During the same incident, Whitfield also allegedly stole and Xbox, a television and a watch, valued at $550, from an address on Camden Ridge Trail in Pelham.

Later in July, Whitfield allegedly also stole an electric yard trimmer, valued at less than $500, from an address on Laurel Circle in Pelham.

During an incident in August, arrest warrants allege that Whitfield stole a pressure washer, valued at $800, from an address on Hidden Creek Parkway in Pelham.

The two fourth-degree receiving stolen property charges stemmed from two separate incidents in August where Whitfield allegedly received a stolen lawn mower, valued at $285, from an address on Pelham Parkway, and later received a mower, valued at $300, from the same address.

Burglary in the third degree is a Class C felony. Whitfield could face up to 10 years in prison and owe a maximum of $15,000 in fines.

Whitfield was held at the Shelby County Jail until Monday, Aug. 28, when he was released on bonds totaling $14,000. His case was assigned to Shelby County District Court Judge Daniel A. Crowson, and his preliminary hearing is set for Sept. 27 at 8:30 a.m.