COLUMBIANA – A Pelham man was arrested by officers from the Pelham Police Department and charged with trafficking marijuana on Tuesday, Aug. 30. 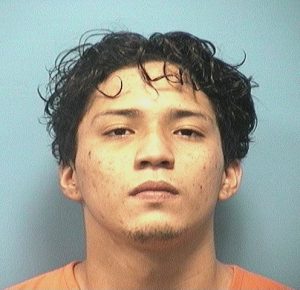 According to a press release from the PPD, Rodrigo Lopez – De Leija, 18, who lists an address on Oliver Street, was arrested after he was allegedly discovered with five marijuana plants when police stopped his truck for inoperable taillights on the 3300 block of Pelham Parkway at 11 p.m.

“During the stop, (the officer) smelled the strong odor of marijuana near the truck bed,” the press release read. “Part of a marijuana plant was visible from underneath a blanket. When the blanket was removed, the officer discovered several other potted marijuana plants.”

According to the PPD, the total weight of all five plants amounted to 7.5 pounds, which amounted to an estimated street value of $22,000.

“I’m proud of the work of our night shift officers. This was a big find, considering the reason this individual was initially pulled over,” PPD Chief Larry Palmer said.

The press release stated that the PPD is a partner agency with the Shelby County Drug Enforcement Task Force, and the two agencies are working together to investigate and seek prosecution.

“We are proud of our partnership and the help the Task Force brings to this agency,” Palmer said. “We have a common goal, and that is to take drugs off the streets.”

Trafficking marijuana is a Class A felony. De Leija is currently being held at the Shelby County Jail on a bond of $250,000. His case was assigned to Shelby County District Court Judge Daniel A. Crowson, and his preliminary hearing has not been scheduled.