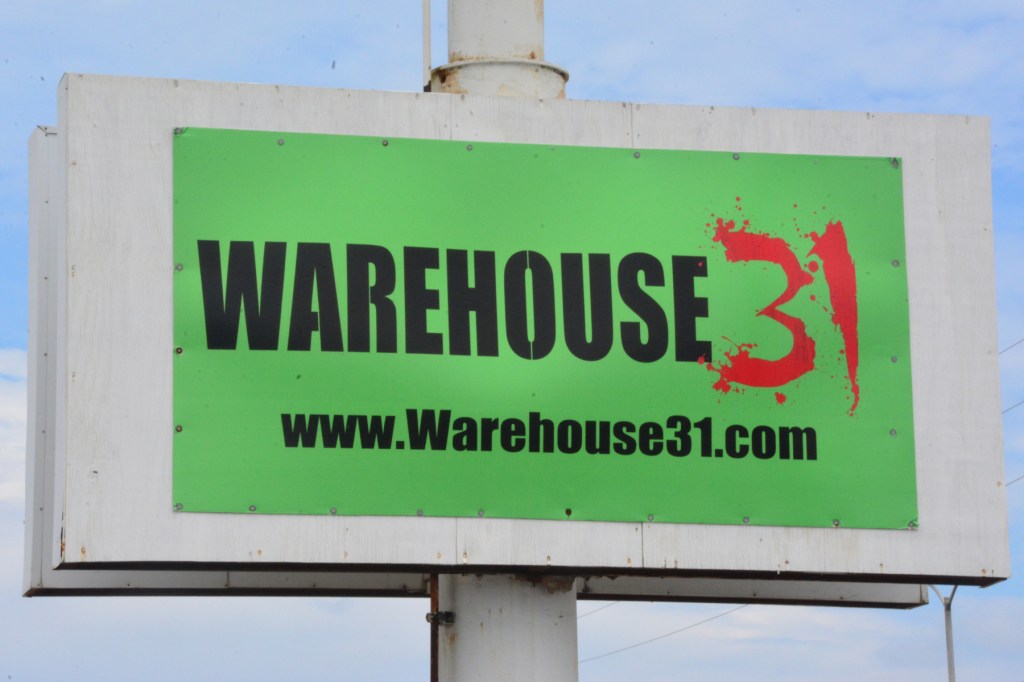 Warehouse 31 in Pelham is currently in the process of preparing for its fifth Halloween season within the city. (Reporter photo/Amalia Kortright)

PELHAM – Warehouse 31 is gearing up to open its doors for the fifth year in the city of Pelham. According to owner Jason Sills, the haunted house attraction relocated to Pelham from St. Augustine, Florida in 2013, and has been considered a Halloween tradition for locals ever since.

“We’re probably one of the largest haunted houses in the state, and we’re the highest ranked for customer satisfaction. Our goal is to provide an overall entertainment experience. Each year, we’ve continued to grow our audience,” Sills said. “We get more and more people each year.”

While many parts of the attraction have remained the same over the years, Sills said he added a few things for those who come to Warehouse 31 on a yearly basis.

“We’ve gone in and redesigned a handful of scenes, that way we can mix it up for folks who come in each year” Sills said. “We’ve done a lot to redesign the layout. We’ve got a lot of monsters popping out from new areas. This year, one of the new scenes we’re doing takes people to a haunted wine cellar.”

On Aug. 26 and 27, Sills said auditions were held for local actors, who will spend the next month attending training workshops. While designated auditions are over, Sills said anyone interested in acting or working as a makeup artist or support staff can apply online.

“We have a lot of incredible talent coming on board,” Sills said.

Warehouse 31 is set to open for its first night on Friday, Sept. 29. Warehouse 31 is rated PG-13 for intensity and graphic scenes, and is not recommended for individuals who have heart conditions, are pregnant, or suffer from claustrophobia or anxiety. For more information about Warehouse 31, visit Warehouse 31 online.