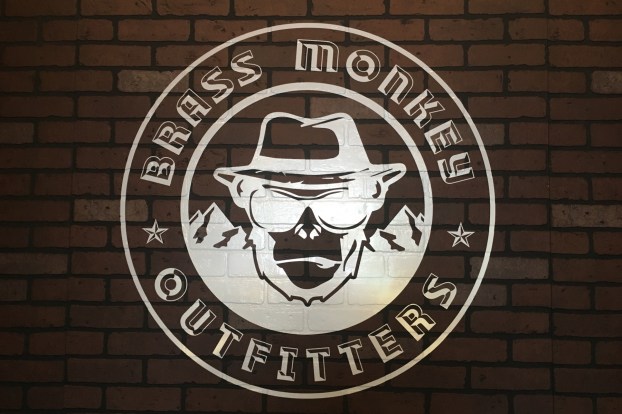 Brass Monkey Outfitters officially opened to the public on Friday, Sept. 1, and is teaming up with Rock-N-Roll Sushi and Easy Street Resale to take up donations for Hurricane Harvey Survivors. (Reporter photo/Amalia Kortright)

PELHAM – Brass Monkey Outfitters in Pelham opened its doors to the public for the first time at 5 p.m. on Friday, Sept. 1.

“We literally just got our business license five minutes ago,” owner Mason Kerth said a few hours before the store officially opened.

According to Kerth, Brass Monkey Outfitters offers shoppers an alternative to the typical boutiques that are common in Shelby County.

“We’re geared more towards women, but we’re also going to carry cool stuff for guys,” Kerth said. “We’re going to try to be edgier than other stores. We don’t have a boutique feel, we have more of a hip, fun feel. No one else has this out here, and we want to be different.”

Kerth said he was originally looking to open Brass Monkey Outfitters in Calera, but decided on a location in Pelham after he saw how well other businesses in the area were doing and how convenient the location is to locals.

“I think it will give people an opportunity to get cooler clothes without having to drive all the way to the mall in Hoover,” Kerth said.

According to Kerth, Brass Monkey Outfitters holds exclusive rights to the brands it sells, meaning that clothes from his store can’t be found anywhere else in the area.

Despite having only been open for a day, Kerth said Brass Monkey Outfitters teamed up with Rock-N-Roll Sushi of Hoover and Easy Street Resale in Pelham throughout the weekend to gather donations for survivors of Hurricane Harvey, which hit recently hit the Houston, Texas area.

“I’m a Hurricane Katrina survivor. I know exactly what these people were going through when the hurricane (Harvey) hit,” Kerth said.

“What people don’t understand is that (the survivors) are going to be in a situation where they won’t have anything for a year,” Kerth said. “They won’t have a Walmart to go to. They probably won’t be able to go back to their houses for three months.”

Everyone who donated a box of diapers will be put into a drawing for a $100 gift card to Easy Street Resale.