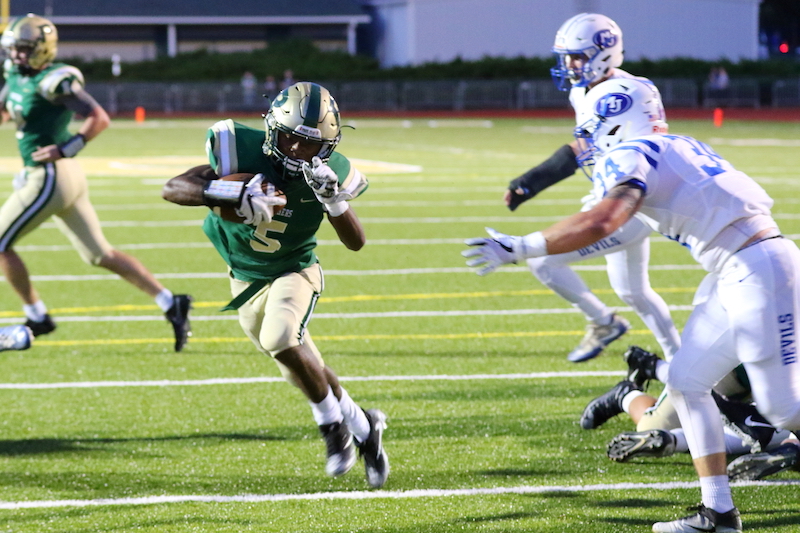 Brandon Sledge picked up four touchdowns in game two of the season bringing his season total to six through two games. (For the Reporter/Eric Starling)

PELHAM – Brandon Sledge scored all four touchdowns to carry the Pelham Panthers to their first win of the season, 30-15, over Mortimer Jordan on Friday at Ned Bearden Stadium and Bobby Hayes Field.

“I’m really proud of the effort our coaches and kids put into this week coming off a heartbreaking loss last week (Homewood, 29-22),” said Pelham head coach Tom Causey. “It’s a big win for us. We haven’t had many since we’ve been here and hopefully we’ll all come back in Monday morning and go back to work and build on it.”

Pelham (1-1), which went a combined 3-17 the last two years, avenged last season’s 42-14 loss to the Blue Devils and collects its first win in a home opener since 2014. Causey says the crowd support the first two weeks of the season has been huge.

After a scoreless first quarter, Sledge punched in the Panthers’ first touchdown on fourth-and-goal at the 1 with 11:15 to play in the second quarter. The extra point missed wide to make it 6-0.

Mortimer Jordan answered with a short pass that turned into a long touchdown to take a 7-6 lead, but Sledge then severed the Blue Devils’ momentum with an 88-yard kickoff return for a touchdown and 13-7 lead.

“It was an unbelievable kickoff return,” Causey said. “Brandon’s a good football player. We missed him last year. He had an injury and missed most of the season. He’s very explosive. They’re all team guys and do a good job supporting one another whoever the guy is.”

Sledge scored his third touchdown of the game, 20-7, early in the third quarter and extended the Panthers lead, 27-7, with a 14-yard reverse on third-and-12 to start the fourth quarter.  He scored on three of his four carries in the game and finished with 30 yards rushing.

Nic Blackburn, who finished the night with 79 yards on 18 carries, helped drive the ball down field to set up a late fourth-quarter field goal by Greg Blue. Blue, who had two punts inside the 15 in the game, tacked on a 27-yard field goal with 4:55 to play, making it a 30-7 lead. Kasey Clark recovered a Pelham fumble at the 9 to sustain the Panthers’ drive.

“The last couple of weeks Greg’s done a super job for us, not only punting but kicking off,” Causey said.

Mortimer Jordan found the end zone once more and added a 2-point run with 1:10 to play to round out the scoring, 30-15.

Quarterback Matt Rye led the offense with 92 yards rushing on 12 carries and completed 7-of-15 passes for 59 yards.

Pelham will travel to Benjamin Russell on Friday, Sept. 8 for a 7 p.m. kickoff. The game will be broadcast live on the APH Radio app. 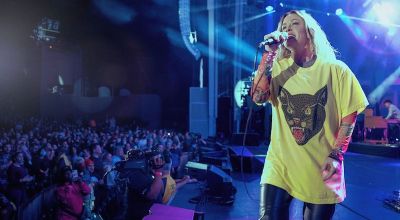