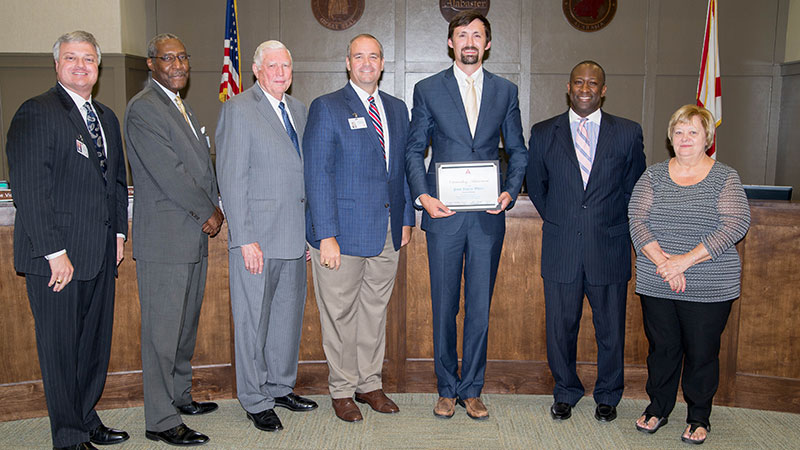 ALABASTER – With a lengthy history teaching music, Thompson High School Director of Bands Jon Bubbett is used to developing assistant band directors from the ground up. But the current THS assistant director is a different story.

“Normally, I have to kind of coach assistant directors along and build them up. But Justin is different,” Bubbett said of THS Assistant Band Director Justin White. “I’ve been trying to keep up with him, and his impact is really showing in our band program.”

White has been the THS assistant band director since 2014, and has compiled a lengthy list of accomplishments during his relatively short tenure with the program.

In January, White will receive one more honor to add to his résumé, as he was recently notified he won the Alabama Music Educator’s Association’s Outstanding Young Music Educator Award for 2018.

After White was nominated by Bubbett for the award, he received several “glowing” letters of support from parents, community leaders, teachers and school administrators, which the AMEA took into consideration when making their decision for the award.

“Justin has been the most incredible assistant band director I’ve ever had,” said Bubbett, who nominated White for the honor. “There’s nothing he can’t do.”