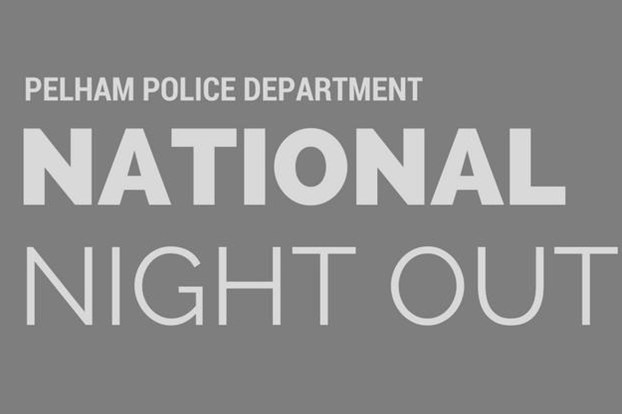 The PPD’s annual National Night Out event is set for 6 p.m. at the Publix in the Pelham Towne Center on Thursday, Oct. 5. (Contributed)

PELHAM – The Pelham Police Department is hosting its annual National Night Out from 6 to 8 p.m. in front of the Publix at the Pelham Towne Center on Thursday, Oct. 5. According to PPD Community Relations Coordinator Ainsley Allison, this is the first year the PPD has held its own National Night Out event.

“Typically, in the past, the Pelham Police Department has partnered with Alabaster,” Allison said. “We felt like it was time to do our own event.”

Allison said the purpose of National Night Out is to strengthen relationships between Pelham citizens and the PPD.

“The chief’s vision for this is that positive interactions are key,” Allison said. “If people come out and get to know us, it’s really going to build a sense of community.”

“It sends the message that Pelham is safe and has a low tolerance for crime,” Allison said.

For National Night Out, Allison said the PPD will partner with several local agencies, including the Pelham Fire Department, the Shelby County Sheriff’s Office, Compact 2020 and the Shelby County Drug Enforcement Task Force.

Allison said the PPD plans to show the public resources it uses on a daily basis, including police vehicles, a mobile command center and demonstrations from PPD evidence technicians and the tactical team. Admission to the event is free, and Allison said there will be free food, hand-outs and activities for kids.

“Having it here at Pelham and partnering with Publix will give us more space to use our resources,” Allison said. “It’s important to us that people get to know these officers before they need them.”

Pelham joins in on rocks project