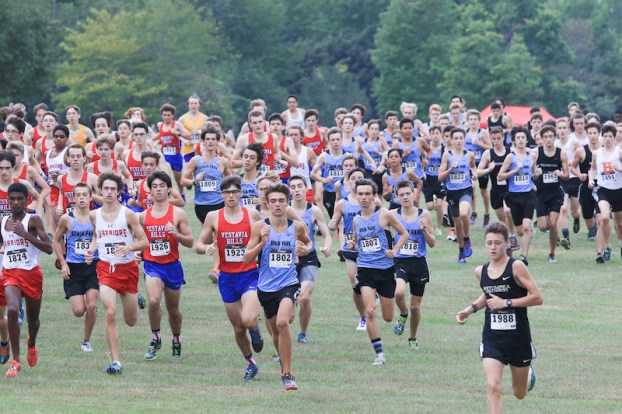 Spain Park took part in the Brooks Memphis Twilight Classic this past weekend, competing against some of the best talent from across the country. (File)

MEMPHIS, Tenn. – Spain Park has shaken things up in 2017 possibly posing the biggest threat on the cross country course, a title that has belonged to Oak Mountain over the last couple of years.

The Jaguars have some of the state’s best runners on their team this year and on Saturday, Sept. 2, they traveled out of state to Memphis to compete in the 2017 Brooks Memphis Twilight Classic against some of the best XC talent from across the country.

Spain Park took home a 13th-place finish as a team in the event with a point total of 195, which was 155 points behind Parkway West High School’s winning score of 40 points. The Jags just missed out on a top 10 finish picking up 22 more points than Eureka High School’s total of 173.

Still though, it marked a strong start to the 2017 season for SPHS on a national stage as they prepare for what is expected to be a state championship type of year.

Senior Cole Dillard wasn’t too far off Trower’s pace finishing in 59th with a time of 17:17.83, just nine seconds behind his teammate.

Out of 453 runners at the event, Spain Park showed they can compete with some of the best runners in the country. The Jags will now prepare for the Chickasaw Trails Invitational in Oakville on Sept. 9, which will include several county teams, before hosting the Spain Park Cross Country Classic on Sept. 16, at Veterans Park.

Briarwood volleyball off to 2-4 start

By ALEC ETHEREDGE | Sports Editor Briarwood had an interesting 2016 volleyball season going through some tough times in the... read more