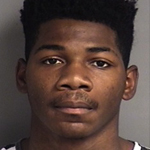 Cedrick Jacquese Carter, 18 of Birmingham, and Roderick Deshawn Little, 20 of Birmingham, were arrested by Hoover police officers and have been charged with first-degree robbery, according to a Hoover Police Department press release.

The two are being held at the Shelby County Jail on bonds of $15,000 each.

At about 11:30 p.m. on Saturday, Sept. 2, HPD was notified of an armed robbery at LaQuinta Inn, located at 120 Riverchase Parkway.

The victim was delivering two pizzas to a hotel room when he was approached by two males in the hallway, according to police.

One of the males presented a handgun and demanded the pizzas. 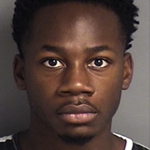 Both suspects walked away with the pizzas, and the victim returned to his store to report the incident.

Hoover police officers responded to the hotel and located a male matching the description of one of the suspects. He was taken into custody without incident.

Detectives returned to the hotel the following morning and took the second suspect into custody.