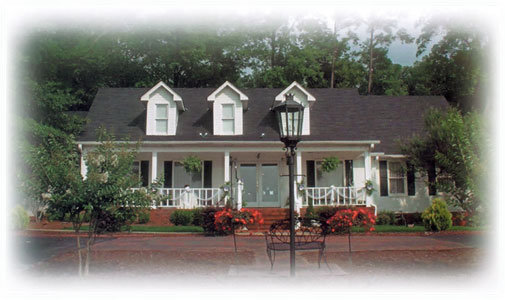 About eight months ago, Donohoo Auto purchased the Gaslight House property and recently began to convert it into a lot that would connect separate properties on Helena Road in Pelham. (Contributed)

“Effectively, it would all become one main lot,” Robbins said. “Right now we have lots all over the place, and we’re going to have one lot.”

“There’s a good bit of work we’ve got to do before we can put cars on the lot,” Robbins said.

Rick Hayes, who formerly owned the Gaslight House with his wife Joni, said it was an event venue for about two decades before he sold it to Donohoo Auto. According to Hayes, his family decided to sell the property about eight months ago.

“We just didn’t have any time for it. Plus, there’s a lot of new event facilities coming onto the market. It was time for those other facilities to take over,” Hayes said. “Very few people realized it has been closed until Donohoo started doing construction. It meant a lot to us, but it was an ongoing challenge to keep up such an old building as a nice facility for huge events.”

“On a personal note, we had a lot of events there,” Hayes added. “It was nice to have a facility like this in town.”

Robbins said the house will most likely be used as a work building once renovations are completed.

“As we do our renovations, we will make sure that the location is aesthetically pleasing and the building is maintained,” Robbins said.