HOOVER – A 30-year-old Alabaster man who pleaded guilty to breaking into cars at an Alabaster shopping center earlier this year is now behind bars again after he allegedly broke into a car in Hoover and a home in Mountain Brook in August. 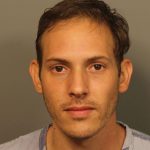 The Jefferson County Sheriff’s Office arrested Branden Paul Alfano, who lists an address on Vincent Street in Alabaster, on Aug. 31 and charged him with felony counts of breaking and entering a vehicle, first-degree theft of property and second-degree burglary.

He has been released from the Jefferson County Jail on bonds totaling $30,000.

Alfano’s most recent charges came from a pair of recent incidents in Jefferson County. On Aug.17, Alfano allegedly broke into a Mountain Brook home, leading to his second-degree burglary charge.

On Aug. 26, a suspect later identified as Alfano allegedly broke into a vehicle in the parking lot of the Hoover Olive Garden restaurant, prompting the Hoover Police Department to publish a surveillance image of the suspect on its Facebook page asking for the public’s help in identifying him.

When Alfano was arrested on Aug. 31, he was on probation for several similar charges brought against him by the Alabaster Police Department in June.

The Alabaster charges stemmed from a string of car break-ins at the South Promenade Shopping Center between May 13 and May 19.