‘Rehearsal for Murder’ takes the stage on Oct. 6 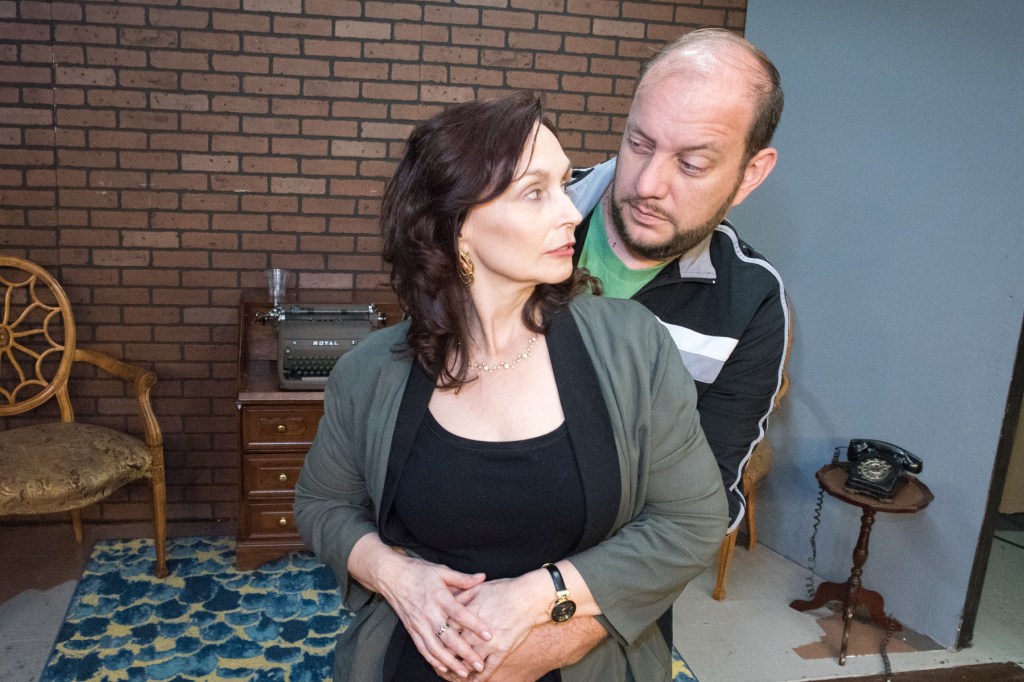 PELHAM – South City Theatre is in the process of rehearsing for its annual fall murder mystery, “Rehearsal for Murder,” which is set for its opening night on Friday, Oct. 6. In addition to taking the stage at SCT, director Donna Love said the show will be featured during dinner theater events at the Homewood Public Library on Oct. 20 – 21.

“Rehearsal for Murder” was adapted by D.D. Brooke from a teleplay written by Richard Levinson and William Link. Love said she chose the play for its unusual plot, setting and the creative liberties it allowed her to take.

“It’s a play within a play, and it’s set on a bare stage,” Love said. “The stage is actually the set. It almost becomes its own character. The stage is a working stage. Rather than hiding the actors coming and going, we’re going to let that show, because they’re rehearsing in the play.”

Love said the plotline of “Rehearsal for Murder” is intricate and involves a surprise plot twist near the end.

“The director is Alex Dennison, who has written a new play. He’s invited some of his friends and acquaintances to read a few lines hoping to reveal a killer,” Love said. “A year ago, his fiancée, who was in one of his plays, allegedly killed herself on opening night, but he knows the truth. She was murdered.”

Because there is no specified time frame in the script, Love said she decided to set “Rehearsal for Murder” in the 1940s.

“For my choice, we’re doing it as ‘40s film noir,” Love said. “It felt like one of those Humphrey Bogart-type, black and white films, which will give it an extra layer of suspense. We hope to have that ambience with the lighting and we’re going to play some great music.”

Stage manager Earl Goodwin said the cast and crew are currently in the process of learning their lines and blocking.

“At this point in rehearsals, we’re still using our books,” Goodwin said. “As the actors learn more of their lines, I’ll bring in more props.”

Actor Kelly Nguyen, who plays the role of Sally Bean, said this is one of her first plays in a community theatre setting. Nguyen received her Bachelor’s degree in theater from the University of Montevallo in December 2016.

“I heard about South City Theatre through friends at Montevallo, and I thought, ‘Why not do community theater?’” Nguyen said.

While Nguyen has previously acted as characters younger than her, she said found she could relate to this role.

“It’s all really strange to me, learning how to play someone who is my age, just out of college and taking a job in New York City. It resonates with my situation. It’s been a great experience,” Nguyen said.