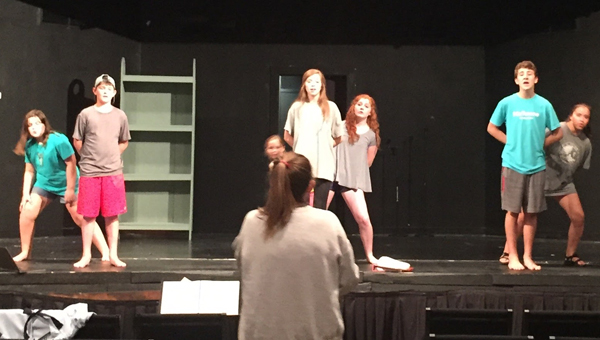 Westminster School to present ‘The Sound of Music’

NORTH SHELBY – Patrons of the Westminster School at Oak Mountain fall musical, “The Sound of Music,” will have an opportunity to attend a music class taught by Maria Von Trapp herself.

The Saturday matinee showing is a new addition this year, according to Westminster Upper School faculty member Margie Eubanks.

The music class held by Maria Von Trapp, the character being played by Westminster senior Lauren Hoaglund, will be held at 2 p.m. on Sunday, Sept. 17 at the Upper School campus.

Austrian pastries will be served during the music class, and Von Trapp will teach attendees the “Do-Re-Mi” song.

The music class is a fun way for people to meet the cast members, Eubanks said.

“It just kind of brings it more to life I think,” she said.

“The Sound of Music” is based on the memoir, “The Story of the Trapp Family Singers,” and is set in Austria in 1938.

Von Trapp takes a job as governess of a large family and falls in love with the children and eventually their widowed father. Ordered to join the German navy but opposing the Nazis, Captain Von Trapp and Maria decide to flee Austria with the children.

The musical features 38 cast members who are in grades 8-12 at Westminster and have been rehearsing since July.

The performance will last about 2 hours and 15 minutes including an intermission.

Tickets can be purchased from cast members or by emailing Eubanks at meubanks@westminster.org or calling the school at 995-9694.

Tickets will also be available at the door at each performance and at the music class.