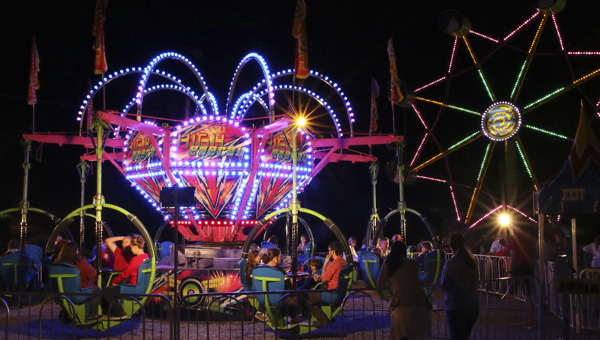 COLUMBIANA – The Columbiana Kiwanis Club is currently making preparations for the 68th annual Shelby County Fair, which is set for Monday, Oct. 2 through Saturday, Oct. 7 at the Shelby County Exhibition Center.

According to Kiwanis Club member Vicki Letlow, this year’s theme is “Make it, grow it, sew it and show it.”

“One of the things we pride ourselves on is the fact that we still consider ourselves to be an old-fashioned county fair,” Letlow said. “The difference between a fair and a carnival is that there is something for everyone in the community at the fair.”

The Miss Shelby County Fair Pageant will be held at 7 p.m. on Tuesday, Oct. 3. Letlow said this is the third consecutive year that the pageant has been a part of the county fair.

Letlow said the Kiwanis Club has been working to put the 2017 Shelby County Fair together for a year and will begin preparing for the 2018 fair soon.

“As soon as the fair is done, we immediately begin planning for the next year,” Letlow said.

Letlow said the fair incorporates volunteers from all over the county and raises funds for local youth programs.

Letlow said the Kiwanis Club is always open to new members and meets on every first and third Tuesday of each month at Columbiana United Methodist Church. An increase in membership will help the Kiwanis Club keep hosting the fair for years to come, Letlow said.

“The more people we have in our club, the more work it would take off of each individual,” Letlow said.

For more information about the Shelby County fair, visit Alshelbycountyfair.com.