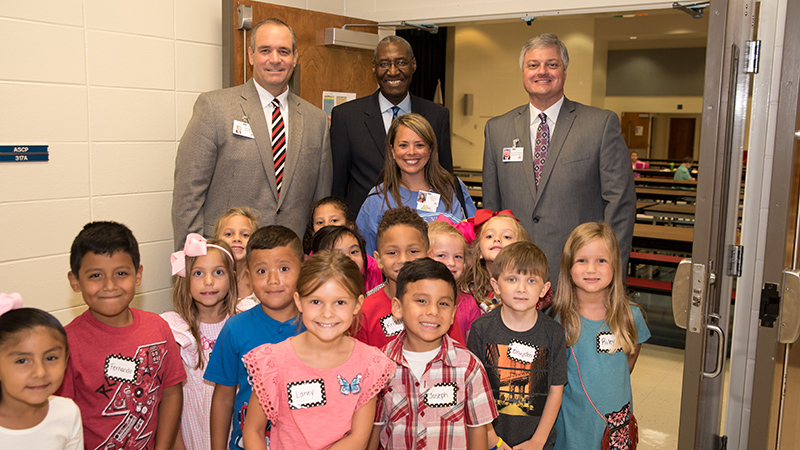 ALABASTER – The Alabaster City School System is projecting more than $68 million in revenues during the 2018 fiscal year, which will begin next month, according to the 2018 budget passed by the city’s Board of Education during a Sept. 11 meeting.

School Board members voted unanimously during the meeting to approve the budget after holding their second public hearing on the document before the Sept. 11 meeting. The first budget hearing was on Sept. 7.

“I just want to thank (ACS Chief School Financial Officer) Miss (Linda) Agee and her staff for all their hard work on this budget,” said ACS Superintendent Dr. Wayne Vickers.

Agee said she and her staff began working on the 2018 budget in April, and worked to finalize it throughout the summer before presenting it to ACS leaders and the public in early September.

The 2018 budget’s projection of about $68.1 million in revenues is a 1.65 percent increase from last year’s revenue total of slightly more than $67 million.

The 2018 budget projects about $95.7 million in expenditures, which is skewed by the inclusion of the school system’s $27.3 million in capital project expenses, such as construction work on the new high school and renovations to the existing school buildings. The capital projects are being funded by $120 million in bonds the system issued in 2014.

In addition to the capital projects, the 2018 budget also includes a little more than $6 million in debt service and $34.8 million in instructional services.