COLUMBIANA–A 24-year-old Houston, Texas man remains in the Shelby County Jail after being arrested and charged with allegedly trafficking opium, burglary, criminal mischief and theft of property in Helena. 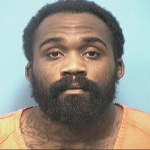 The Helena Police Department arrested Nicholas Jamal Wilson, who lists an address in the 5600 block of Normandy Ave., in Houston, Texas, on Aug. 12, and charged him with three felony charges of drug trafficking, second-degree theft of property, third-degree burglary as well as a misdemeanor charge of second-degree criminal mischief for crimes allegedly committed at the end of June.

According to Wilson’s arrest warrants, “On June 30, near the 2000 block of Helena Road, Wilson committed the theft of the controlled substance oxycodone, morphine and adderall.”

On the same day, Wilson allegedly, “Knowingly sold, manufactured, delivered or brought in the state of Alabama greater than four grams of morphine, opium, salt, isomer, or salt of an isomer including heroin or any mixture containing such substance.”

Wilson remains in the Shelby County Jail on a bond of more than $1 million and a bond recommendation has listed a variety of reasons for the bond amount.

According to the bond recommendation form, the defendant “Has been previously convicted of felonies in the state of Alabama and being at large will pose a real and present danger to others or to the public at large because he has been arrested over 15 times in the past.”

The bond recommendation goes on to read, “Due to the defendant’s prior criminal history, he faces a sentencing range of life without the possibility of parole if convicted of the instant offense.”

Wilson is considered a flight risk and has been on bond for similar crimes committed in other jurisdictions. He also allegedly attempted to elude law enforcement when apprehended in Louisiana.

Trafficking opium is a Class A felony, and is punishable between 10 years and life in prison.

‘Free Day’ for Shelby County Landfill will be Oct. 7

By GRAHAM BROOKS / Staff Writer COLUMBIANA–The second designated “free day” for 2017 at the Shelby County Landfill has been... read more