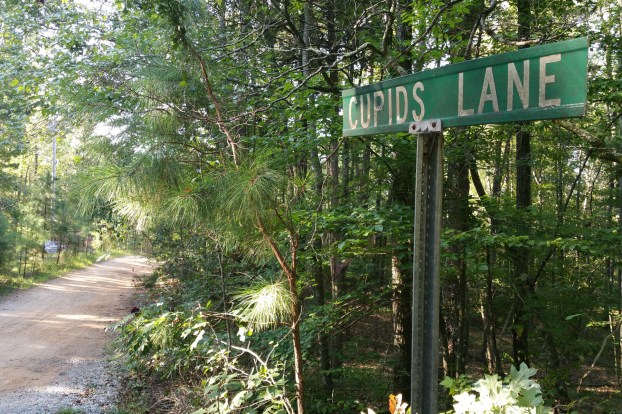 The city of Chelsea resolved to begin repairing Cupid's Lane at the end of Shelby County 338 at a regularly scheduled council meeting.. (Contributed)

By Tony Nivens / Special to the Reporter

CHELSEA – “Resolution 637 is one that we have been working on for a while,” Chelsea Mayor Tony Picklesimer said, of the resolution to accept a bid to make street repairs for the Cupid’s Lane road project. “We are so happy to have this one done.”

“Cupid’s Lane is a city road at the end of (Shelby County) Highway 338, which is across from Chelsea Middle School, said Council Member David Ingram. “The road has been in very bad condition for a few years to the extent that mail deliveries were in jeopardy.”

The approved bid was from Central Alabama Asphalt, who should begin work soon.

“They will want to get it done right away, before bad weather sets in,” Picklesimer said.

Ingram said there had been a lot of legal and drainage issues that took a long time to get worked out.

“I checked back on some old records,” Ingram said. “This project has been on our capital budget since 2014.”

“This has been the only ongoing project I have addressed in a Council Meeting,” added Picklesimer. “My Council Members were getting beat up a bit over it. Some thought we were dragging our feet. But, we took care of it as soon as the City Attorney was able to get the legal issues closed.”

“This council is upholding a promise made by the previous administration and following through with the needed street repairs,” Ingram added.

“As, I have said in other meetings, this is keeping a promise,” said Picklesimer. “It’s the right thing to do.”

In other council news, they city:

–accepted a bid for a City Hall playground, which will include the demolition of the pastorium and the picnic table on the hill.

–established fees to cover the labor for Zoning Verification

–continued its partnership with ClasTran

–appointed and re-appointed Library Board Members

By GRAHAM BROOKS / Staff Writer HELENA–A month after a tragic industrial workplace accident that resulted in the death of... read more