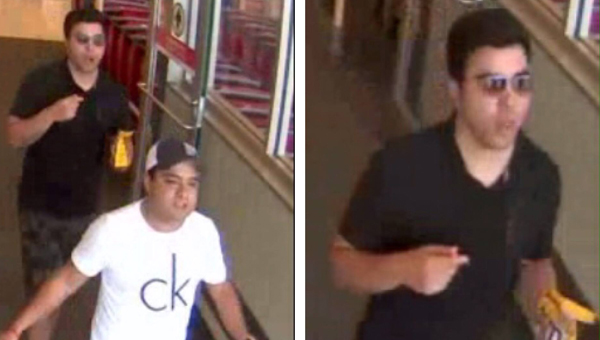 Police released these images from surveillance footage of two suspects wanted for questioning in a felony theft case. (CONTRIBUTED)

A vehicle parked at Inverness Country Club was broken into on Aug. 27, and the victim’s wallet, containing several credit cards, was taken.

Within two hours of the theft, two suspects used the stolen cards to purchase about $7,000 worth of items from the Target store off U.S. 280.

Anyone who has information about the suspects or the case should contact Detective Todd Henningsen at 444-7534.

If immediate assistance is needed, call Hoover 911 or the non-emergency number at 822-5300.

Anonymous tips can be left online at HooverPD.com/submit-a-tip.php.

Tips can also be made through Crime Stoppers at 254-7777 or at CrimeStoppersMetroAL.com.

You will remain anonymous and be eligible for a cash reward if your tip to Crime Stoppers leads to an arrest.