COLUMBIANA – A man from Brooklyn, New York was arrested and charged with attempted murder of an unrelated victim with a knife on the morning of Friday, Sept. 15. 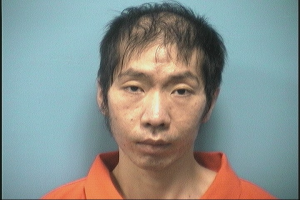 The release stated that officers discovered Zheng and the male victim, who was bleeding from a knife wound, on the scene and immediately arrested Zheng.

During the investigation that ensued, the PPD discovered that the victim was attempting to give Zheng a ride to a nearby bus station when he was attacked.

The release stated that the victim and his wife had been allowing Zheng to live in their home and had terminated Zheng from his position at the restaurant they own on the morning of the incident.

The victim’s injuries are not considered life threatening. The scene of the crime was secured shortly after the incident occurred.

“At no time were any members of the community in danger,” PPD Chief Larry Palmer said. “I’m proud of my officers for securing the scene and arresting the suspect so quickly.”

Attempted murder is a class A felony. If convicted, Zheng could face up to life in prison and owe a maximum of $60,000 in fines.

Zheng is currently being held at the Shelby County Jail on bonds totaling $60,000. His case was assigned to Shelby County District Court Judge Daniel A. Crowson. As of Sept. 15, the date for a preliminary hearing has not been set.