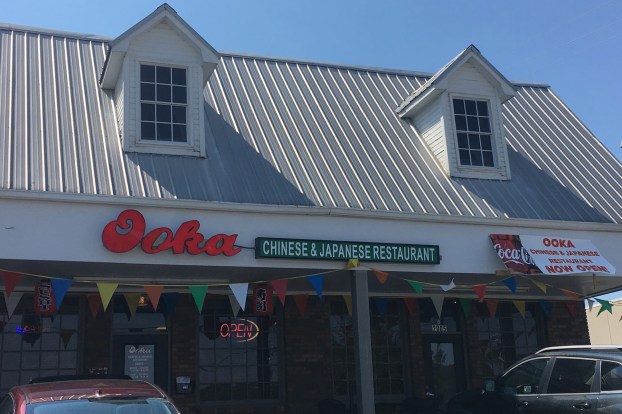 PELHAM – A new Asian fusion restaurant recently opened its doors near the Pelham-Hoover border on Valleydale Road. Ooka Chinese and Japanese Restaurant, which is owned by Xian Shi Ren, celebrated its grand opening on Tuesday, Aug. 15, at the Riverbrook Plaza.

Manager Steven Wang said they had originally planned to open a sushi and hibachi restaurant, but decided to serve Chinese and Japanese cuisine instead to make the food more affordable and add variety for customers.

Wang said business started off slowly when Ooka first opened, but picked up through word-of-mouth recommendations from customers.

“It’s getting better day by day. People are starting to know who we are,” Wang said.

According to Wang, owners and staff at Ooka had to get past several hurdles before they could officially open.

“We were supposed to be opened in May, but we opened three months later,” Wang said.

Ooka is also currently in the process of acquiring its liquor license. Wang said the owner is facing some challenges because Ren moved to Alabama two years ago, and they plan to enlist the help of their local government.

“Right now, we’re trying to get with the (Pelham) City Council and see if they can help us,” Wang said.

Ooka’s staff and owners are dedicated to providing good food and service and look forward to becoming part of the Pelham community, Wang said.

“We don’t fear too much competition. It all depends on what we do and how we treat our customers,” Wang said. “If we put out higher quality service and food, we’ll get more customers.”

COLUMBIANA – A man from Brooklyn, New York was arrested and charged with attempted murder of an unrelated victim with... read more