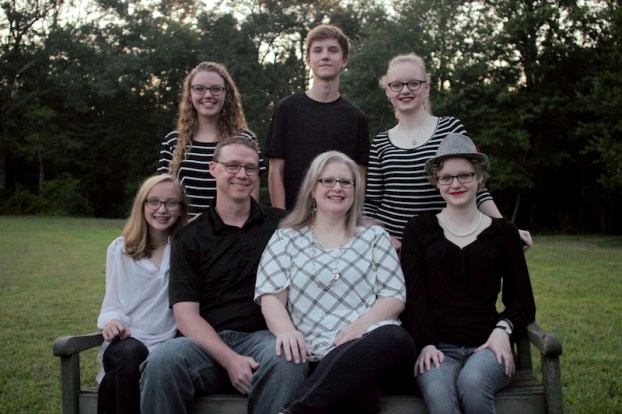 Ricky Harmon was ordained as the new bishop of the Columbiana Ward of Church of Jesus Christ of Latter-day Saints on Sunday, Sept. 3, by Stake President Peter Johnson. Also ordained were First Counselor Ray Ozley and Second Counselor Brent Jex.

Harmon is the oldest of six children of Rick and Mary Ellen who moved their family in 1974 to Columbiana when Harmon was 2. Father Rick served in Vietnam with the most decorated unit in naval history, the original HA(L)3 Seawolves. The Harmon family grew with the LDS church from its branch beginnings at American Legion building in Montevallo to becoming a ward on Egg and Butter Road in Columbiana. During first grade Harmon began the school year at Columbiana Elementary, now Shelby County Board of Education, and completed first grade at the new Elvin Hill Elementary School. He attended CMS and graduated from SCHS in 1990. Ricky and wife Mary have five children, who are or have graduated from SCHS. He is very involved in community boards: SC Band Booster Board (VP); SC Youth Basketball; and SC Historical Society. He is the supervising production account manager at Kernel, southeast division.

Harmon is an eighth-generation LDS family. Paternal ancestor Jesse Pierce Harmon fought in War of 1812 and lived with son Appleton Milo Harmon across the street from Brigham Young and Joseph Smith in Nauvoo, Ill. After Smith was murdered in 1844, Young led the LDS pioneers from Nauvoo westward. Appleton built the odometer that measured the mileage of this historic journey and drove the wagon of Apostle Herber Kimble that arrived in Salt Lake, Utah, on July 24, 1847. Harmon’s paternal grandmother was a Borg who also lived in Nauvoo. Harmon took his family back to Nauvoo to revisit his ancestors’ beginnings where they saw historical markers with quotes from Appleton’s journal.

“My faith in God impacts everything I do,” said Harmon. “It shapes who I am, husband, father, friend, worker. There’s no distinquishuing it from other aspects of my life. It’s woven into every part of me.”

To everything is a season, a time to work and a time to retire