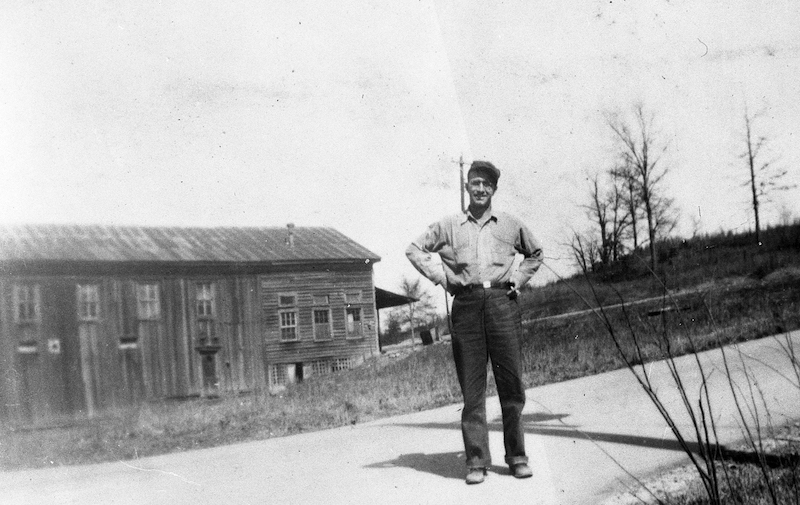 This Sunday afternoon photo of Albert Clark was shot by Lois England in 1948. He was standing at the intersection of First Avenue and Second Street in Helena. The long wooden building on the left was the Odd Fellows Lodge built sometime after 1875. In later years, the front of the building was used as a barber shop while a portion of the downstairs housed a pool hall. The building was demolished in the 1970s. (Contributed/City of Helena Museum)