“We were stationed in Tallahassee, Florida when my husband called and said, ‘Are you ready to move back to Birmingham?’ I told him, ‘Yes, definitely,’” Norma Jene Harper Howell said, and smiled as she anticipated the rest of the story. “He said, ‘Where do you think you want to live?’ I told him, ‘I don’t know about you, but I plan to live in Shelby County.’”

Howell had followed her Air Force husband, James, for 26 years, but was more than ready to return to her beloved home. 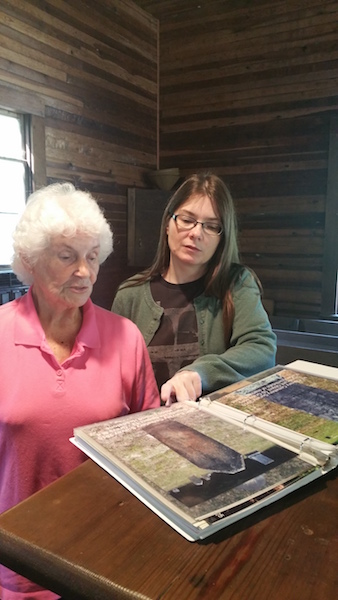 “My husband was born in Columbiana and I was born in Chelsea. I’ve said many times, ‘I was born so far back in the woods, they had to pipe the sunshine in from Georgia and it went down before it got here.’”

“My daddy farmed 180 acres at the base of the hairpin turn on Firetower Road. I walked a mile-and-a-half to catch the school bus then rode for 11 miles to Chelsea School. I started in 1939 and we left in 1947 going to Birmingham. Daddy, Malvin Harper, worked in the Wenonah Ore Mines.”

Howell “sat down on the curb of the well and begged” to stay in Chelsea, but moved with the family and soon after graduation from Jones Valley High School married into the Air Force.

“You better believe it felt good to be back home,” Howell said.

She remains a resident of Shelby County to this day, where she serves as caretaker for historic Mt. Calvary Church and Cemetery.

“I’ve known Mt. Calvary Church all of my life. My daddy was caretaker like his daddy before him. One day as he locked up he handed me the key and said, ‘Take care of it as long as you can.’”

Howell is excited to share her little piece of Chelsea with area residents.

“We have an event coming up on Sept. 24 with the Chelsea Historical Society. We are all looking forward to that and hope to get the word out so everyone will be able to attend.

“It is such an honor to me to be a part of this,” said Jenny Bartlett, historian for the Chelsea AL Historical Society. “I have learned so much from Ms. Norma Jene.”

For Part 2 of the Walking Tour of Chelsea History, Bartlett plans a short re-enactment of an early rural church service “to set the mood” as well as the history review.

“At Quinn Cemetery we covered some of the earliest families of the Chelsea/Liberty Area,” said Bartlett, “And some of the children of those families are buried here at Calvary. We plan to cover all of the smaller communities that fed into the history of Chelsea.”

“It’s free,” Howell said of the Calvary event Sept. 24 at 3 p.m., “And it will include a walk in the cemetery. I think everyone will enjoy it.”