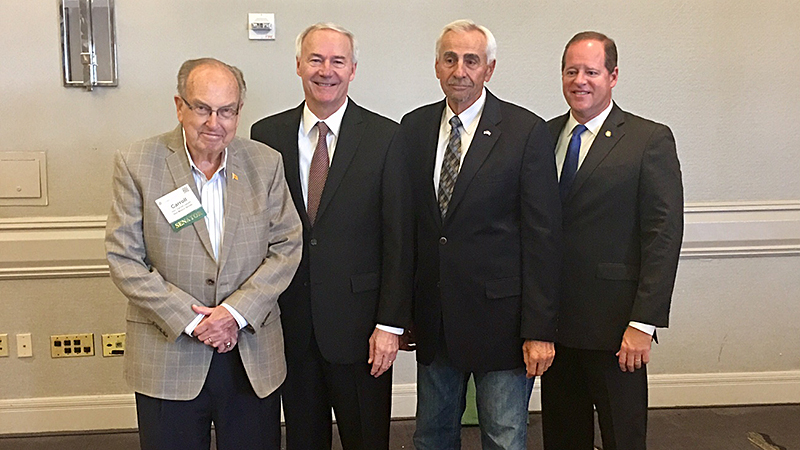 LITTLE ROCK, Ark. – The Center for Legislative Energy and Environmental Research installed Alabama State Sen. Cam Ward (R-Alabaster) as its new chairman for 2017-2018 at its annual meeting on Sunday, Sept. 17.

Arkansas Governor Asa Hutchinson was on hand in Little Rock for the event with Ward. CLEER is an affiliate of The Energy Council, a legislative organization of 12 energy-producing American states and two Canadian provinces.

“I am honored to be selected chairman of such a distinguished research group. Along with my CLEER colleagues from across the country, I will continue to promote an energy and environmental policy that strengthens the United States’ position as the world’s leader in the delivery of electricity, natural gas, and energy resources,” Ward wrote in a statement. “I want to thank New Mexico State Sen. Carroll Leavell for the tremendous job he’s done as the past chairman of CLEER.”

Formed in 1975, The Energy Council, whose advisory board is comprised of more than 50 North American energy-related companies, university professors, environmental experts and trade associations, hosts roundtable discussions around the nation featuring industry experts and advises legislators on technical matters regarding the development of energy policy.