COLUMBIANA – A Calera man was recently arrested and charged with violating the Sex Offender Registration and Notification Act.

According to court documents, Antonio Demond Bell, 29, a convicted sex offender who lists an address on Shelby County 16, was arrested by the Shelby County Sheriff’s on Friday, Sept 15. Court documents allege that “four minor children (were) residing at Bell’s registered address” on Wednesday, Sept. 13. 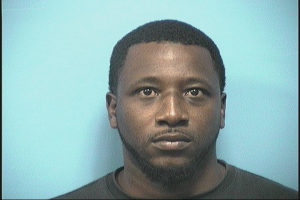 Previously, Bell was convicted of attempted rape in the first degree after he pled guilty to “grabbing the victim from behind and throwing her to the floor” and pinning the victim to the floor while his genitals were exposed in 2012, according to a prior arrest warrant.

A SORNA violation is a class C felony. Bell could face up to 10 years in prison and owe up to $15,000 in fines if convicted.

Bell was held at the Shelby County Jail until he was released on the same day he was arrested on bonds totaling $15,000.

One fatality reported in Westover wreck

WESTOVER – A Sylacauga man was killed in a wreck involving two vehicles on U.S. 280 in Westover at around... read more