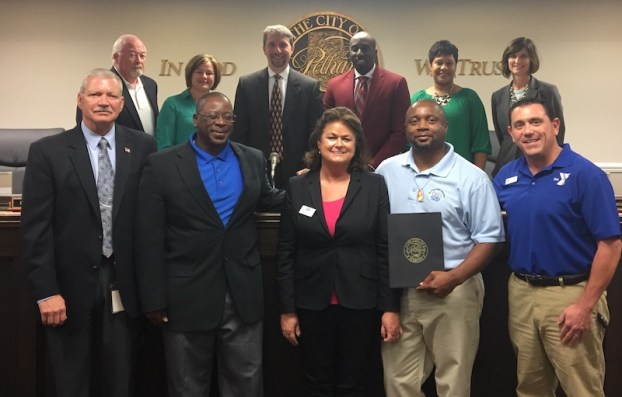 The city of Pelham is among 13 Shelby County municipalities that have or will pass proclamations in support of Family Week. (Contribtued)

Recently, the cities of Alabaster, Calera, Chelsea, Columbiana, Harpersville, Helena, Hoover, Montevallo, Pelham, Vincent, Westover and Wilton have passed similar proclamations in support of Family Week. The city of Vestavia Hills is set to present its proclamation on Sept. 25.

“We’re trying to bring awareness for embracing a parent-child relationship. It’s about making sure our children are growing up in a healthy environment,” Paschal said. “The problem that we’re facing in Alabama is that the family is slowly getting weaker. We want to address issues with illegal drug use and a court system that limits the amount of time a parent can spend with their child.”

A press release from ALFRA stated that children and teens who spend a significant amount of time with parents or guardians exhibit less behavioral problems and are less likely to experiment with drugs and alcohol, drop out of school, get pregnant, get incarcerated or commit suicide.

The press release encouraged parents to eat a meal or do a fun activity with their children at any time during Family Week.

Paschal said more cities than ever are participating in Family Week this year.

“It’s pretty remarkable that it’s getting this much support. This is the largest amount of cities that we’ve ever had involved,” Paschal said.

By NEAL WAGNER / Managing Editor COLUMBIANA – A 44-year-old Alabaster woman will spend the next year in prison after she pleaded... read more