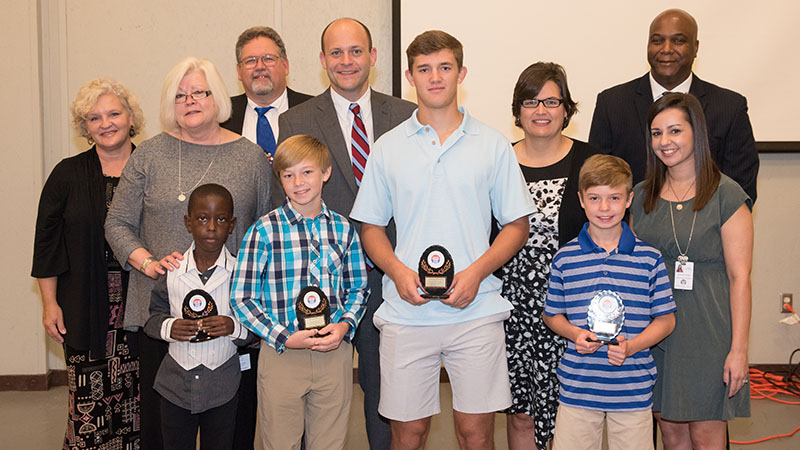 Four Helena students were honored on Wednesday, Sept. 20, at the Shelby County Drug Free Coalition meeting for their outstanding character, leadership qualities and for being positive role models in their schools.

“This is one of the best things that we do in our school district is recognizing character,” said Shelby County Schools Assistant Superintendent Dr. Lewis Brooks. “Character in Action meaning character in the process of doing something good. We’re so excited for our kids who are being represented here today. Our students mean everything to us. With this Character in Action Award we wanted to find ways to recognize those kids that are doing good things out in their schools that sometimes in many respects may go unnoticed but we talk about all the time how we change the world. We change the world one student at a time.”

In his nomination form, Isiche was commended for being “kind and respectful to others and for always being on task and putting forth 110 percent towards his school work no matter what” among many other things.

In his nomination form, Moore was commended by the administrators at HIS for his ability to “show great respect to his peers and to all authority. He goes out of his way to show kindness to others; especially our new students,” among other quality character traits.

In his nomination form, Harless was cited as being “polite and respectful to everyone he comes across at school, setting a great example with his behavior and his carefulness to make all students feel included,” among other things.

In his nomination form, Rosser was commended by HHS administrators for being “humble, friendly, respectful, being a great role model to other students and willingness to work and interact with those who need him most,” among many other character traits.”

The Character in Action Awards strives to nominate students at the elementary, intermediate, middle and high school level by rotating to each school zone in Shelby County throughout the year.