COLUMBIANA – A Florida man who was arrested and charged with child endangerment, trafficking methamphetamine and possession of drug paraphernalia recently received an additional charge of promoting prison contraband while being held at the Shelby County Jail.

Ryan William Leacock, 27, who lists an address on Michigan Avenue in Milton, Florida, received the additional charges on Friday, Sept 8, after he was allegedly found “intentionally and unlawfully” in possession of a metal shank. 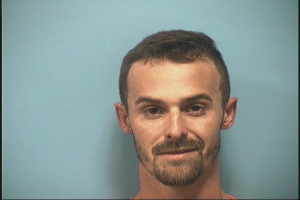 Leacock has been held at the Shelby County Jail since July, when he was arrested by the Shelby County Drug Enforcement Task Force after investigators discovered that Leacock had brought his 7-year-old daughter with him as he allegedly attempted to sell $4,000 worth of methamphetamine to an undercover narcotics investigator.

The additional charge added $5,000 in bonds to Leacock’s total bond of more than $1.5 million.