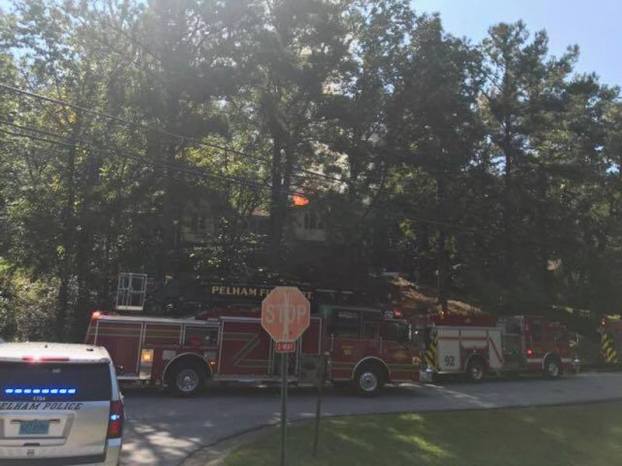 The Pelham Fire Department put out a fire at a residence on Tecumseh Trail in Pelham on the morning of Wednesday, Sept. 20. (Contributed)

PELHAM – The Pelham Fire Department put out a fire at a residence on Tecumseh Trail in Pelham on the morning of Wednesday, Sept. 20.

According to PFD Deputy Chief Mike Reid, firefighters received a call about the structure fire at about 10:59 a.m. and dispatched four engines to the area. Once they had arrived, Reid said the PPD was assisted by the Hoover Fire Department.

“We found that the fire was actually going through the roof when we got there,” Reid said.

After firefighters searched the house for residents and pets, Reid said they found that no one was on the property when the fire started.

Reid said it took the PFD about one hour to put out the fire and sections of Tecumseh trail were closed for a brief period of time.

No injuries or deaths related to the fire were reported. Reid said the cause of the fire is currently under investigation.

COLUMBIANA – A Florida man who was arrested and charged with child endangerment, trafficking methamphetamine and possession of drug paraphernalia... read more