COLUMBIANA – A Florence man was recently arrested and charged with willful abuse of a child younger than 18 on Friday, Sept. 22.

Harrison Gregory Gilbert, 21, who lists an address on Helton Drive, was arrested by the Shelby County Sheriff’s Office after he allegedly “tortured, willfully abused, cruelly beat or otherwise maltreated” a two-year-old child while the child was in his care on Sept. 11. According to the SCSO, the incident occurred and Gilbert was arrested in Sterrett. 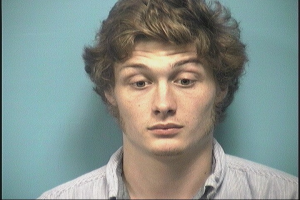 Gilbert was held at the Shelby County Jail on bonds totaling $15,000 until he was released on the day he was arrested.

Willful abuse of a child under the age of 18 is a class C felony. If convicted, Gilbert could face up to a decade in prison and owe a maximum fine of $15,000.

Gilbert’s case was assigned to Shelby County District Court Judge Daniel A. Crowson. A preliminary hearing has been scheduled for Oct. 25.