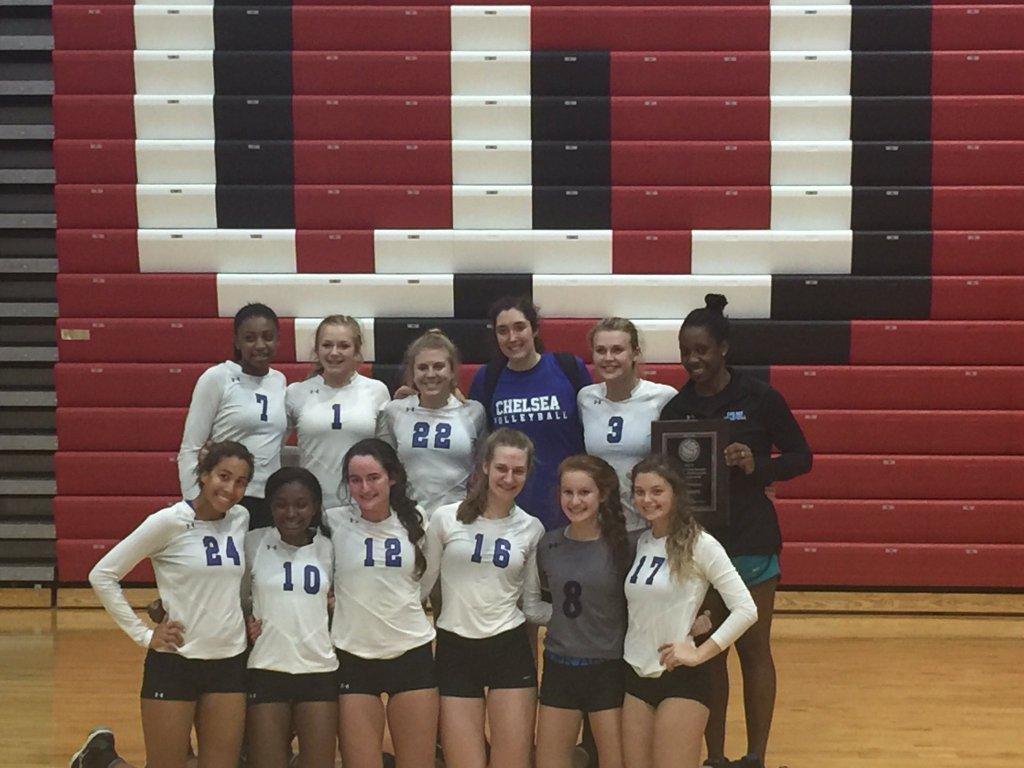 Chelsea poses for a picture after its perfect 6-0 performance during the Hewitt-Trussville Husky Challenge. The Hornets are off to a 20-3 start on the season. (Contributed)

Several volleyball teams in the county are off to fast starts on the 2017 season, including Pelham, Oak Mountain, Thompson and Helena, but you’ll be hard pressed to find a team competing better than the Chelsea Hornets right now.

It’s a promising beginning for a team that also had a strong regular season last year before bowing out early in postseason play. The Hornets have been able to bounce back and haven’t skipped a beat in 2017.

Chelsea took down Hewitt-Trussville, Mortimer Jordan and Indian Springs in pool play of the Husky Challenge setting themselves up as a top seed and favorite to win the championship on Saturday as the Hornets moved on in the gold bracket.

The Hornets came back and beat Oxford On Saturday to start the elimination portion of the tournament. Chelsea was able to follow that up with a win over Pleasant Valley in the semifinals and were able to take down Clay-Chalkville in the championship to win their sixth straight and finish the tournament undefeated.

Chelsea also beat Pell City and Childersburg earlier in the week to give them eight consecutive wins and an undefeated week of play.

A big reason for that success was Ashley Mock, who led the team with 111 assists and had 28 kills, while also adding 20 aces and 72 digs—both of which were second on the team.

Jules Hammer continued her strong season as well, leading the team with 66 kills and adding 42 digs and 10 aces. Victoria Schumer led the team with 74 digs and 22 aces, while contributing 12 kills. Sara Swee also had a nice performance during the week with 60 assists, 18 digs and 11 aces.

The Hornets’ next challenge will be region matchups with Helena and Pelham on Sept. 26 and 28, as all three teams sit in the top 10 of the 6A standings.