Laci Leigh Hanner, 32, who lists an address on Shelby County 37, was arrested by the Shelby County Drug Enforcement Task Force on Thursday, Sept. 21. 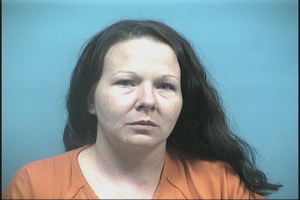 Hanner’s domestic violence charges stem from an incident on Sept. 16, where Hanner allegedly “aggressively followed the victim around a ball park area after being told to leave the victim alone” and later appeared at the victim’s home uninvited and refused to leave until authorities arrived at the scene.

Unlawful distribution of a controlled substance is a class B felony. Hanner could face up to 20 years of prison time and owe up to $30,000 in fines upon conviction.

Hanner is currently being held at the Shelby County Jail on bonds totaling $24,000. Hanner’s cse was assigned to Shelby County District Judge Daniel A. Crowson. A preliminary hearing is scheduled for Oct. 12.