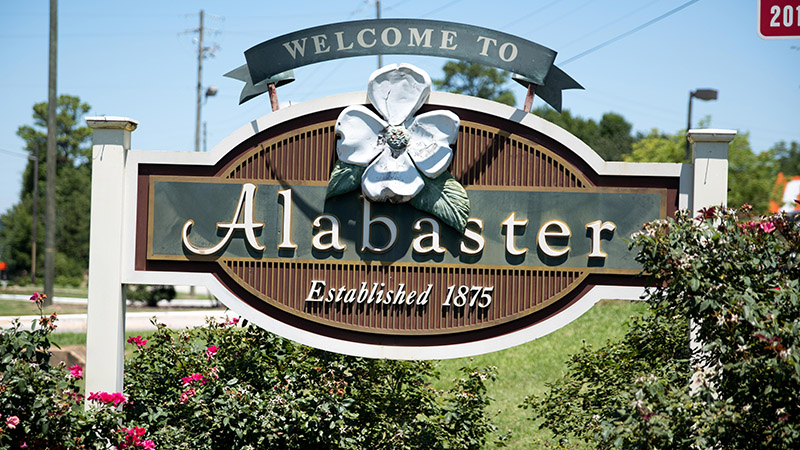 Alabaster is one of only four cities in Alabama to have received the Government Finance Officers Association’s Distinguished Budget Presentation Award. (File)

ALABASTER – The city of Alabaster is projecting more than $33.6 million in revenues and about $33.3 million in expenses over the next fiscal year, and has seen revenues generated for the city’s school system rise significantly above original projections, according to the 2018 budget approved by the City Council during a Sept. 25 meeting.

Of the about $33.6 million in projected general fund revenues, $21.3 million are predicted to come from sales and use taxes, which is based on the actual amount of sales taxes collected during the 2017 fiscal year, Handlon said.

“When we had the feasibility study done for the school system, we were told that we’d probably generate between $3 million and $3.5 million through that penny sales tax. This year, we’ve given ACS over $5 million,” said City Council President Scott Brakefield. “That shows me people are shopping Alabaster first and keeping those tax dollars here at home.”

The 2018 fiscal year budget calls for about $33.3 million in expenses, which includes the transfer to the school system.

The general fund expense budget includes $200,000 for the completion of the Fulton Springs Road extension project, $100,000 for repairs to Alabaster Boulevard, and $200,000 for the next phase of the Alabama 119 widening. “The capital projects fund capital plan shows the city expects significant expenditure of funds to complete the State Route 119 widening in (fiscal year) 2019 and (fiscal year) 2020,” read the budget summary Handlon distributed to council members.

Handlon said the city is not planning to purchase equipment for city departments until tax revenue starts rolling in early next year following the holiday shopping season.