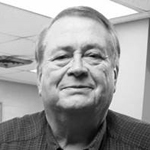 Jimmy Joiner, 73, left his North Shelby County residence around noon on Tuesday, Sept. 26, and could be traveling to Louisiana, according to information released by the Shelby County Sheriff’s Office.

“Mr. Joiner suffers from several medical conditions and is driving a gray 2011 GMC Sierra with Louisiana tag X840721,” the release stated. “Please call 911 immediately if you see Mr. Joiner or his vehicle.”

Joiner is described as a white male, about 6 feet tall and weighing 285 pounds.

At the time of his disappearance, he was wearing black shoes, brown pants and a neutral-colored button-up shirt.