COLUMBIANA – Two suspects were taken into custody following a road rage incident that occurred in the southbound lanes of Interstate-65 on Monday, Sept. 25.

According to a press release from the Pelham Police Department, Chuncey Earl Wilson, 22, was charged with shooting into an unoccupied vehicle, distribution of dangerous drugs and possession of marijuana in the second degree after he allegedly stood up through the sunroof of a vehicle and fired two shots at a victim. 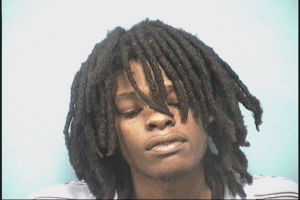 The first shot fired hit the ground and ricocheted into the victim’s vehicle. The second shot hit the victim’s bumper. After the suspect’s vehicle drove away, the victim was able to provide a description of the suspect to the PPD. No injuries or deaths were reported as the result of the incident.

Officers later stopped the suspect’s vehicle at the 2300 block of Pelham Parkway, and allegedly discovered a handgun and 47 ecstasy tablets on Wilson’s person. More ecstasy tablets and marijuana were discovered inside the vehicle.

Marybeth Flack, 22, who was the driver of the suspect’s vehicle, was also arrested and charged with unlawful possession of a controlled substance. possession of marijuana in the second degree and receiving stolen property. 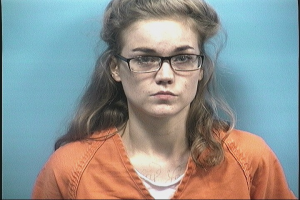 Both suspects are currently being held at the Shelby County Jail. Wilson is being held on bonds totaling $61,000. Flack’s bonds amount to $32,000.

“I’m proud of the officers who were able to locate these suspects quickly and take them into custody,” Palmer said.