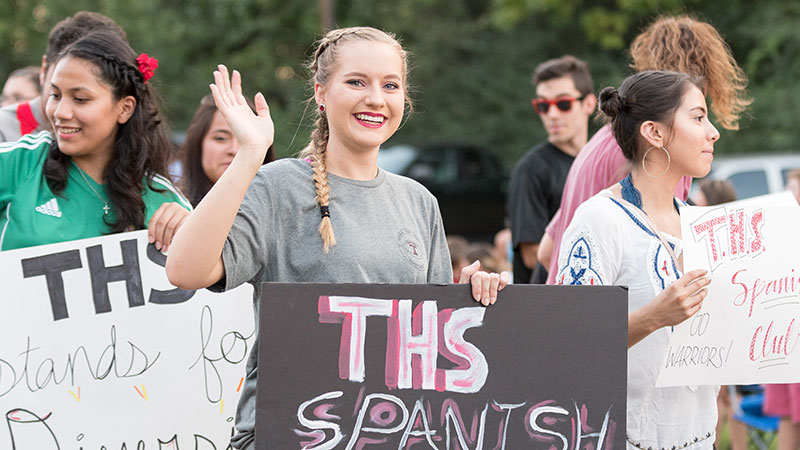 A member of the Thompson High School Spanish Club waves to spectators during the Alabaster homecoming parade on Sept. 27. (Reporter Photo/Neal Wagner)

ALABASTER – The annual Alabaster homecoming festivities have come with a slightly different twist this year. In addition to celebrating the community and the Warrior football programs, the week is also helping to raise money for an injured former Hoover football player.

The Foundation will also collect donations for Abercrombie during Thompson’s Sept. 29 homecoming game against the Pelham Panthers.

“We may be rivals on the field, but we’re all family,” said Alabaster City Schools Student Services Coordinator Dorann Tanner.

The fundraiser served as a highlight of an event-filled night around Larry Simmons Stadium on Sept. 27, as the city continued its tradition of packing the streets and stadium for the annual homecoming parade.

“Our Warriors are red-hot, and have started the season 4-0,” said ACS Superintendent Dr. Wayne Vickers. “We are here to celebrate their season.”