Pelham beats 7A No. 7 Hoover in 5-set thriller 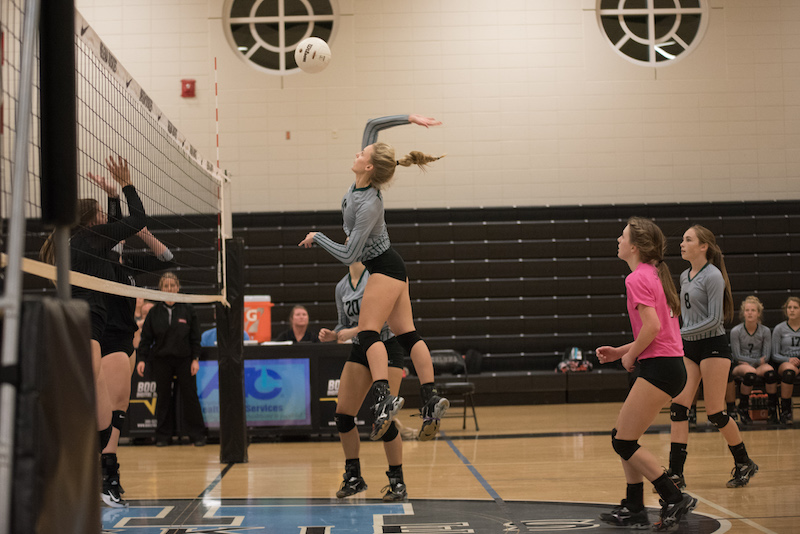 Pelham is off 22-6 start to the 2017 volleyball season after defeating 7A No. 7 Hoover in a five-set thriller. The Panthers, No. 4 in Class 6A, beat Hoover 3-2 after winning three-straight sets. (Reporter photo/Keith McCoy)

HOOVER – Pelham’s 2017 volleyball campaign was off to a strong enough start before heading to Spain Park’s Dig in the Park tournament held on Friday and Saturday, Sept. 22-23, where the Panthers went 4-2 to improve to 21-6 on the season.

But what the Panthers followed that up with might have been the most impressive aspect of the season to this point. On Tuesday, Sept. 26, the Panthers traveled a few miles north to Hoover High School to set up a battle between the 6A No. 4 Panthers and 7A No. 7 Bucs.

In a match that saw Hoover jump up 2-0, Pelham was able to strike last, winning the final three sets to take a five-set thriller, 3-2.

The match started about as tightly contested as you would have expected between two of the state’s best volleyball teams as they battled to an eventual 25-25 tie, before Hoover was able to reel off two straight points for a 27-25 win.

It was clearly a demoralizing start for the Panthers and it showed in the second set as the Bucs came out and looked to be on a different planet in a dominating 25-11 win to jump up 2-0 in the match.

But something happened in the third set, something that made Pelham realize they could compete with the 7A Buccaneers and it led to one of the best volleyball sets you’ll ever see.

It was a set that went back and forth the entire way, but it’s what happened in the final few points that was the exciting part. For the second time in three sets, the two teams found themselves tied at 25-25, the mark it takes to win a set, but having to win by two they were forced to continue the action.

With the match on the line for the Panthers, they turned up the pressure and continued making clutch plays. With the two teams tied at 29, Pelham was able to win two straight points to win set three 31-29 to stay alive in the match.

The exciting win led to celebration among the Pelham team and more importantly gained them a load of confidence back after losing the previous set by 14 points.

It was exactly what they needed heading into the fourth set needing a second consecutive set to stay alive, and they got just that in a 25-22 win setting up a winner take all fifth set.

Pelham continued to ride the wave of momentum, now having won two consecutive sets, and was able to win the final set rather easily by a final score of 15-10 to cap off the comeback.

Trailing two sets to none, after losing a 25-11 set, the Panthers’ players were able to rebound by winning three consecutive sets over the No. 7 team in the 7A classification.

Pelham’s Emorie Long and Jamila Wilson combined for 27 kills in the match as Long had 14 to lead the team, while Wilson added 13. Georgia Stonicher and Sarah Guthrie led the team from the serving line with four and three aces, respectively. Long also added two additional aces.

Stonicher and Guthrie also tied for the team lead in digs with 13, while Wilson added one less than that with 12. Eight different players had at least three digs in the match. Stonicher also had an unbelievable 46 assists in the match. 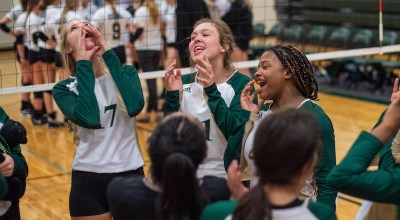 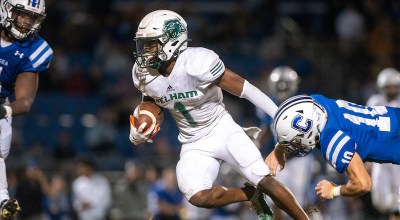