COLUMBIANA – A Bessemer man has been arrested and faces several charges related to stealing debit/credit cards from vehicles in Meadowbrook on Sept. 17. 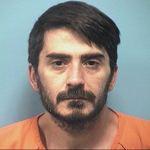 Jody Michael Leight, 38, of Bessemer was arrested Sept. 25 and was being held in the Shelby County Jail as of Wednesday, Sept. 27, on bonds totaling $55,000, according to court records.

“He appears to have been targeting credit cards, but he also took purses and wallets that held the cards,” Stanley said. “Some of the cards were used at local businesses. He obtained multiple gift cards worth a couple hundred dollars each and food and drinks at a restaurant. The gift cards and the victim credit cards were recovered at the time of his arrest.”

Leight was arrested at an extended stay hotel off U.S. 280, Stanley said.

Leight is scheduled for a preliminary hearing on the charges at 8:30 a.m. on Oct. 12 with District Court Judge Daniel A. Crowson Jr. presiding.