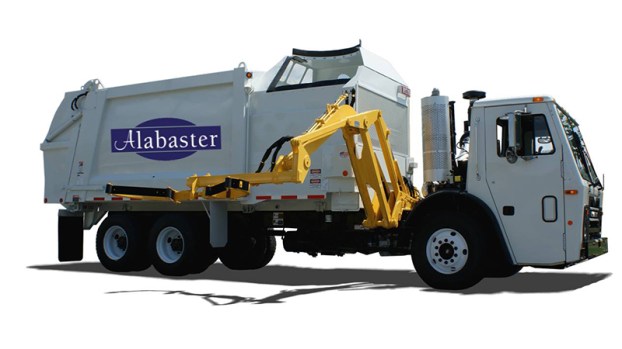 ALABASTER – City residents will have a chance to voice their opinions on the city’s garbage collection rates in early October, as the City Council is set to hold a public hearing on the matter.

The hearing will be during the council’s Oct. 9 meeting, which will begin at 7 p.m. at Alabaster City Hall at 1953 Municipal Way.

The council will hold the hearing in advance of setting rates for the city-run garbage collection service, which will begin in January 2018.

As proposed, monthly residential garbage collection rates would not change from their current number of $15.27 when the city takes over the service from Advanced Disposal at the beginning of the year. The $15.27 rate would include one garbage cart, and customers would pay one-half the residential rate for each additional cart.

Commercial and non-residential customers would pay $30.54 per month, would receive two carts and would pay one-half the commercial rate for each additional cart up to a maximum of four, according to the proposed ordinance.

“Beginning in January 2019, the fee shall be adjusted annually utilizing the Bureau of Labor Statistics Consumer Price Index,” read the proposed ordinance. “Mobile home parks and apartment complexes shall be serviced by dumpsters or other acceptable means that are not serviced by the city.”