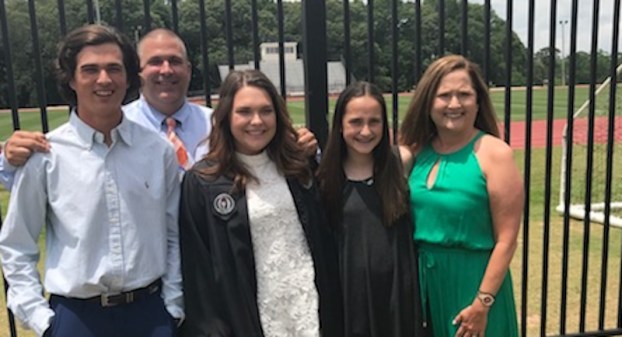 Kristi Ingram, far right, has been battling breast cancer since 2010. Recently that battle has transformed into Stage IV breast cancer, but support from the community and her family have proved strong. (Contributed)

Saturday, Sept. 4, 1999, was the day David Ingram and his wife Kristi Ingram became man and wife, one of the greatest bonds in this world. The two newlyweds were head over hills in love and excited to embark on a journey of life together.

Like any marriage there have been plenty of ups and downs, but their love for each other wasn’t really pressed until just over 10 years of marriage during the spring of 2010.

This is the moment Kristi was diagnosed with breast cancer, a moment that will resonate with the family that includes three children—Dawson, Sarah and Kinley—for the rest of their lives.

“It was very scary,” David said. “Looking back, it was scary back then because you don’t know what to expect. It’s not something we had ever encountered before. Just knowing that this is going to change the way we live as we know it, regardless of how we let it impact what we do.”

The doctor called Kristi and David to get them in on a Friday afternoon, which immediately made them nervous.

“That’s when her doctor told her she had breast cancer,” David said. “We were both 37 at the time, so it was pretty shocking at that age and that time in our life to get that news. There’s no better way to put it than we were shocked.”

Despite the shock and scared nature the Ingrams found themselves in, they were determined to battle the disease head on and go about life as they always had.

“We tackled it with a positive outlook, which was the only way we knew how to do it at the time,” David said. “The chemo, which she had six rounds of, made her pretty sick for a while, but the goal through all of this has been to keep our lives the same as always.”

They continued going to Auburn football games that next fall, including a trip to Glendale, Arizona for the national championship game, all the while Kristi had no hair from the chemo treatments she was undergoing.

Over the next four years, David and Kristi went about their lives normally, while spreading in routine checkups not alarming too many people or asking for help because they wanted everything to stay normal.

In 2014, things took a turn for the worse when Kristi started feeling pain in her sternum. She went to see her oncologist, who ordered some scans.

“I can’t remember the exact time, but I think it was on a Friday that time too when we got a call to come in and see the results,” David said. “The cancer had returned and was in various spots in her bones, spine and sternum.”

At that stage, when the cancer spreads beyond the breast as it had, it is diagnosed as Stage IV metastatic breast cancer, or the most advanced stage of breast cancer.

“The doctor told her that what she has now is not something that will kill you,” David said. “But she did say you will die with it because there is no cure for this type of cancer.”

The disease had gotten to a point where there would be no end in treatment or medication for Kristi. Family and friends knew what was happening, but the family still wasn’t sharing the story because they wanted to continue everything normally as they had been.

“We just didn’t see a reason to change what we were doing,” David said. “It’s not that we were trying to keep it secret, but there just wasn’t any reason to share it with everybody at the time.”

That all changed in the fall of 2016, almost six years exactly after Kristi was originally diagnosed with breast cancer. There ended up being a progression of a tumor in her spine that was pushing on one of the nerves and caused her a lot of leg pain and numbness.

Those treatments worked for short period of times before something else would pop up and cause her more discomfort. This is when the family realized it was time to make people aware because they knew they needed help and support more than ever before.

It didn’t take long before the disease had spread to her liver, which caused their most concern so far.

“That’s when it started getting real that people needed to know because we needed help,” David said. “Things are a little more different now, we’re a little more scared now. Kristi was always fine once it was in her bones, but now that it had spread into her organ, it was a lot more worrisome.”

David knew that since January of this year, it was time to get their story out and try to get as much support as possible. He said the main reason was the power of prayer.

The outpouring of support has been unbelievable from the community of Chelsea and beyond. A neighbor set up a meal website that has given them meals almost every three days, David said.

“The crazy thing is it’s not just friends,” he said. “It’s people that have never met Kristi and wouldn’t know her if they saw her. It’s things like that that are pretty neat.”

One of the biggest displays of affection has been one that has truly touched the Ingram family and even made them emotional.

David has been heavily involved with Chelsea athletics for a long time, specifically youth sports in the community, and they have found a way to give back to a family needing support.

The 11U Chelsea baseball team coached by R.J. Hughes that is part of the Chelsea Baseball Club, which was partially created by David, has decided to give back in a big way.

The same team that had worn pink camo jerseys with Kristi’s initials on the sleeve in 2011 as 6-year-olds, decided to step up again and raise awareness and support.

This year, that same group came up with the idea to get the entire league, featuring 10 teams, to wear jerseys honoring Kristi and her battle. The jerseys are black with a white background and a black home plate with a pink ribbon sitting right in the middle of the plate. In the middle of the ribbon is a circle with the initials “KBI,” standing for Kristi Barker Ingram. 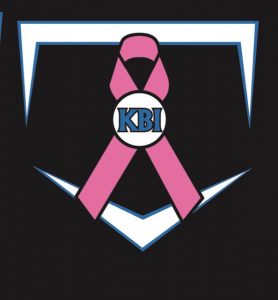 “It’s neat that they’re not just supporting us, but that they’re supporting us in something that I have had a passion for, for a very long time,” David said. “It’s a neat outlet to see these kids playing in these jersey and posting pictures on Facebook that they’re playing for Kristi. It’s just been two weeks so it still hasn’t even completely set in how cool it is.”

The shirts can also be ordered and will be sold at the Chelsea Sports Complex during games with all proceeds helping the Ingram family with medical costs and other aspects that will help keep their lives as normal as possible.

“The kids actually understanding what they’re doing and who they’re representing is what’s pretty cool because it’s more than just wearing a jersey,” David said choking back tears. “It’s been such an emotional time and I already cry at the drop of a hat, but to see these kids doing this has warmed our hearts.” 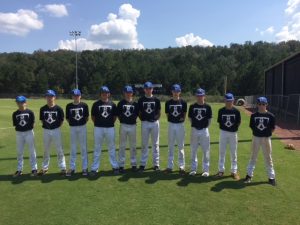 Chelsea Middle School’s volleyball team has also gotten in on the opportunity to help by hosting a Dig Pink Rally on Oct. 4, from 3-4 p.m. Students will take on faculty in the challenge with a donation of at least $2 to the Sideout Foundation, which solely focuses on the research of Stage IV breast cancer.

“Our campaign is in honor of Kristi Ingram and the goal is to raise $1,000,” said a post on the school’s Facebook page.

While things continue to get tougher and the family is having to cancel trips to football games because the disease is finally starting to alter their lives, the Ingrams will live one day at a time and try to live as normally as possible, which is helped by the outpouring of support they have received.

“The support that all of these people have been giving us on so many platforms has had a bigger impact than any of them will ever realize,” David said. “It’s exactly what people like Kristi need. She’s still as positive as ever, but seeing the support and help is something that makes her day.”