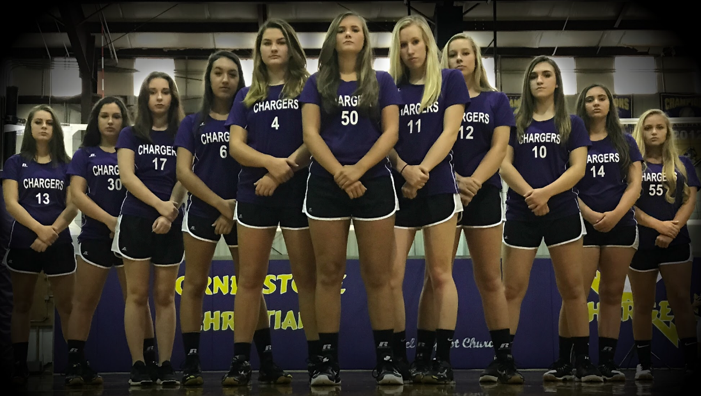 The Cornerstone Christian School varsity volleyball team won its second straight area championship and will move on to regionals looking for another strong run at a state championship. (Contributed)

The Cornerstone Christian School varsity volleyball team has won the 1A area championship for the second year in a row after the Chargers swept their area competition with a 6-0 record both years.

Cornerstone was able to finish perfect in area play thanks to perfect play against area teams Kingwood, North River and Restoration.

The Chargers, who finished as the runner up at the state tournament in 2016 and won the state championship in 2015, will be moving on to Regional competitions starting the week of October 9th, hoping to advance as far as the past two years.

If all goes well, they will be competing for another state championship. They’ve had an impressive history of being state runner up in our division in 2009, 2013 and 2016, as well capturing the state championship in 2015, s0 the Chargers are looking to continue that success.

This team, led by Caprice Lawrence, is composed of one senior, three juniors, six sophomores and one freshman, showing the level of youth they were able to compete with and a bright future.

Despite losing four seniors off last year’s team, this team has been a force in 2017. There is no reason to think this team can’t move right through regionals to the finals and bring home another state championship.

The Chargers, who finished the regular season with a 13-2 overall record, earned the right to host the first round of regional play on Tuesday, Oct. 10th, thanks to their area championship.