Helena woman arrested for chemical endangerment of a child

COLUMBIANA–A 28-year-old Helena woman was arrested and charged with chemical endangerment of a child and unlawful possession of drug paraphernalia after allegedly exposing a child to marijuana and drug paraphernalia. 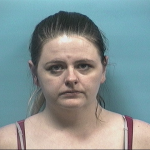 The Shelby County Sheriff’s Office arrested Falisha Michelle Lambert, who lists an address in the 2000 block of Shelby County 93 in Helena, on Sept. 29, and charged her with the felony and misdemeanor drug charges.

According to her arrest warrants, on Sept. 27, Lambert allegedly “knowingly, recklessly, or intentionally caused or permitted a child to be exposed to, to ingest or inhale, or to have contact with a controlled substance, chemical substance, or drug paraphernalia including marijuana and marijuana pipes.”

Chemical endangerment of a child is a Class C felony, and is punishable by up to 10 years in prison, according to Alabama law.

What are Shelby County’s ‘Best places to live?’

By NEAL WAGNER / Managing Editor A national website has ranked the top places to live in Shelby County, praising the... read more