COLUMBIANA – A Pelham man was arrested and charged with two counts of unlawful distribution, one count of trafficking marijuana and one count of possession of drug paraphernalia on Sunday, Oct. 21.

Christopher Alan Guined, 36, who lists an address on Havenview Drive, was arrested and charged by the Shelby County Drug Enforcement task force after he allegedly sold marijuana from his residence on Aug. 11 and Sept. 12. 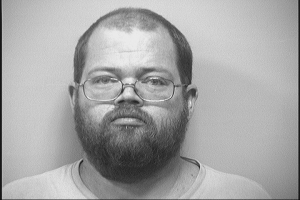 Guined’s marijuana trafficking and drug paraphernalia charges stem from an incident on Sept. 13, when Guined was allegedly in possession of 2.585 pounds of marijuana, a pipe and a grinder.

Guined is currently being held at the Shelby County Jail on bonds totaling more than $1 million. His case was assigned to Shelby County District Court Judge Daniel A. Crowson. As of Oct. 2, the date for a preliminary hearing has not been set.