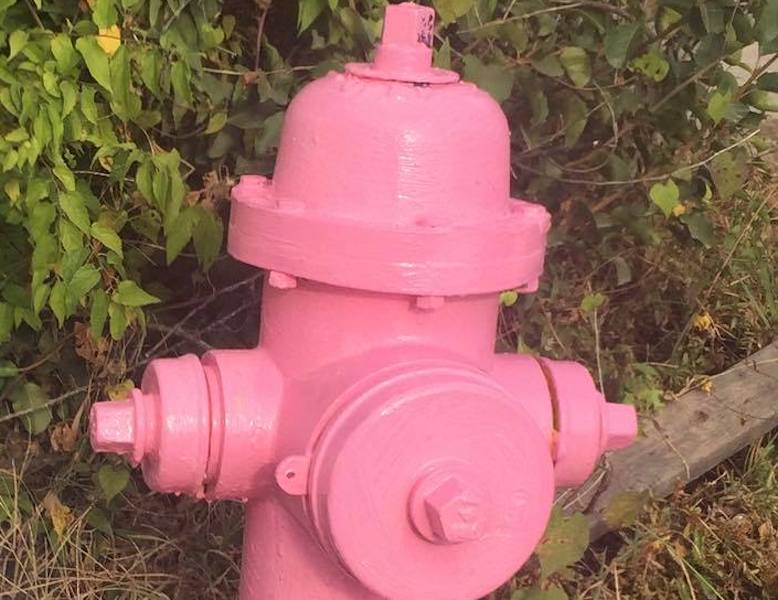 The PFD is painting fire hydrants around the city pink for people who donate $100 to the Breast Cancer Research Foundation of Alabama. (Contributed)

PELHAM – The Pelham Fire Department is offering community members a chance to decorate the city, honor a loved one and raise funds and awareness during Breast Cancer Awareness Month in October.

During the month of October, PFD administrative assistant Robin Wilkinson said anyone who donated $100 to the Breast Cancer Research Foundation of Alabama can have a fire hydrant in the city painted pink and dedicated to someone who has been affected by breast cancer. Wilkinson said this is the third year she and firefighter Buddy Inglebert have led the project.

“This is something Buddy and I put on to raise more money for the foundation,” Wilkinson said.

Wilkinson said donors are also allowed to decorate their hydrants as long as the decorations are tasteful and do not impede the hydrant’s use.

“The families can drive by and see it,” Wilkinson said.

Wilkinson said the PFD is willing to paint a hydrant and receive donations from anyone, regardless of where they are from.

“We actually did have a person from out of state make a donation one year,” Wilkinson said. “They were passing through the city on the way home from vacation and they saw it and called the fire department about it.”

According to Wilkinson, the hydrants will stay pink until January, when they are repainted back to their normal colors.

The PFD is also selling T-shirts for $15, which will also benefit the Breast Cancer Research Foundation of Alabama.

For more information about painting a fire hydrant or purchasing a T-shirt, call the PFD at 620-6500.